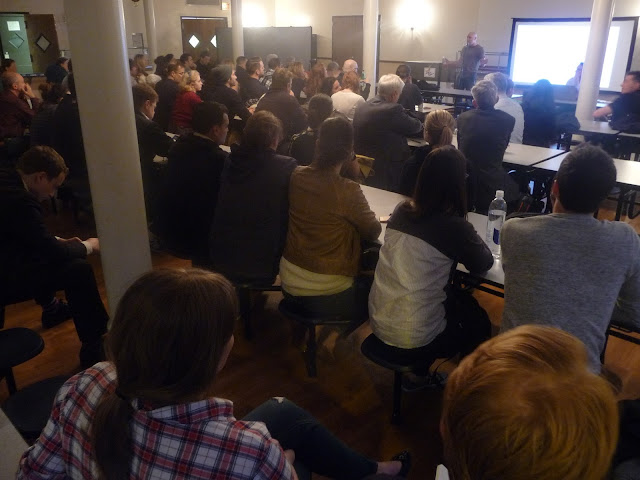 Against all odds, St. Boniface Church is still standing, but maybe not for long.

Closed since 1990, the former Roman Catholic Church at 1358 W. Chestnut St. could be razed for a six-story, 40-apartment building and four townhouses. Or not.

Neighbors of St. Boniface are fighting to preserve the Romanesque church, constructed in 1902-04. They drew 65 people to a March 31 community meeting at Northwestern Settlement, 1400 W. Augusta Blvd., to discuss a new round of talks with Carefree Development, who took over the property in 2013.

Carefree has two new partners: Harlem Irving Cos., owner of the Harlem Irving Plaza shopping center in Norridge, and Guardian Capital, a Chicago private-equity investor. The development plans are fluid: A month earlier, the partners proposed a 10-story, 105-apartment tower with three floors of parking.

Neighbors have been pushing for larger, owner-occupied units. Mike Dotson counts more than 900 apartment units already in the West Town development pipeline, mostly smaller Transit Oriented Development units. The church sits midway between the Blue Line's Division and Chicago stations, too far away to qualify for reduced parking within a half-mile of the Blue Line.

Plans to save the church continue to surface. Preservation Chicago executive director Ward Miller says two potential developers are waiting in the wings. One would rework the church structure as residences. Another would remodel it as a music school. The property is zoned RS-3 for houses and duplexes.

Funding has run dry for subsidized senior housing preserving the church facade, and Carefree could not deliver on its shift last year to market-rate condos.

The neighbors' group asks residents to write Ald. Walter Burnett Jr. to support a family-oriented alternative. A court date on demolition is scheduled for April 20.