Showing posts from April, 2008
Show all

By Stephen Rynkiewicz - April 30, 2008
Submitted by Joe Hunnewinkel  Attendance: Board Members: John Scheer, Brian Thompson, Greg Nagel, Joe Hunnewinkel, Scott Rappe, Rich Ansalmo, Steve Rynkiewicz Non- Board members: Aaron Bilton, Dave Stumm 1. Board members discussed rumors of new neighborhood organization being formed by former disgruntled EVA past and present members. 2. Aaron Bilton and David Stumm arrived mid-discussion and confirmed that a new organization was being formed, and stated that some former and present members of EVA felt that meetings were becoming far too hostile, and this presented a bad image of the community both to guest speakers and first time attendees to EVA meetings. 3. Board members discussed solutions to issues which would improve the situation with Mr. Bilton and Mr. Stumm, as well as how this new organization might handle such conflict in their own meetings. 4. Mr. Bilton and Mr. Stumm replied that if such discussions would not be tolerated, and members who refused to comply would be ask
Read more

By Stephen Rynkiewicz - April 24, 2008
President's Message by John Scheer  The East Village Association is into its 24th year. The neighborhood has new residents, new businesses and new issues but the organization continues. I can’t remember how many members have come and gone, but I know each of them is committed to a greater good. WIth few changes, the same rules govern this different, more robust organization. The EVA bylaws spell out its mission: "to provide an opportunity for those who live in, work in, or identify with the social or business interests of the area, to work together for the common good of the community with a positive community spirit; to plan for the maintenance and improvement of both the physical and social environment of the community." These phrases are cited for a very important reason. It is mandatory that EVA creates and maintains an environment where residents and members feel comfortable to come forward with their ideas and beliefs to share in the diversity of our neighbor
Read more

By Stephen Rynkiewicz - April 13, 2008
The East Village Association asked Ald. Manny Flores on April 7 to extend "pedestrian street" protections to the block of Division Street between Ashland and Marshfield. "Protecting this final block on the approach to the Polish Triangle is critical," planning chair Scott Rappe wrote in an April 7 letter to the 1st Ward alderman, who last year agreed to ask the city Department of Planning & Development to make the change. The pedestrian designation already prohibits curb cuts from private property onto Division Street from Leavitt to Marshfield, maintaining space for storefronts with lively display windows. Rappe said moving earlier would have improved development plans for the former bank parking lot on the northwest corner of Division and Ashland. The move is "the right thing to do regardless of who or what eventually occupies the Pizza Hut property," Rappe wrote, warning that a "wait and see" approach would unfairly target current plans fo
Read more

By Stephen Rynkiewicz - April 13, 2008
EVA membership meeting minutes  Wicker Park gardener Richard Tilley was the guest speaker at the April 1 East Village Association membership meeting April 1. But the agenda at the Happy Village Tavern, 1059 N. Wolcott, included police and business reports. The Chicago Alternative Policing Strategy will hold an appreciation day from 3 to 7 p.m. April 29 at the 13th District police station, 937 N. Wood St. Sgt. Juan Clas of the Wood Street district gave an update of community policing news, including the appointment of the district's new commander, Judith Martin , a 25-year Chicago Police veteran, and details of the city's court advocacy training on April 19 at police headquarters. Klaus suggested that residents be vigilant for graffiti or burned-out alley lights. To request repairs, dial 311 to request city action and a tracking number to use when making follow-up calls. He warned of a string of auto thefts, from pricey global positioning devices to clothing or cartons of b
Read more

Alderman Waguespack to speak at May 6 EVA meeting

Chicago Ald. Scott Waguespack (32nd Ward) will be the guest speaker at the next East Village Association membership meeting. He will speak and answer questions from 7 to 8 p.m. May 6 at the Happy Village Tavern, 1058 N. Wolcott. Waguespack has completed his first year as alderman, succeeding Ted Matlak. "As I expected," Waguespack writes in his ward newsletter , "my first challenge has been learning the City Council process. The learning curve is steep." The alderman sits on five City Council committees: Committees, Rules, and Ethics; Education and Child Development; Housing and Real Estate; Human Relations; and Special Events and Cultural Affairs. Waguespack has started an advisory board on zoning and a group to prepare a master plan for development in the ward. He has issued development guidelines addressing traffic congestion, green space and transportation, and has sought to reverse upzoning of some residential properties. The Bucktown resident and St. Hedwig&
Read more

Aldermen Manny Flores (1st) and Scott Waguespack (32nd) pledged joint support of the East Village and Ukrainian Village landmark districts. The two said they will work together to open up the city Department of Planning and Development's new construction review process. Flores and Waguespack said they would meet with city planners later this month after representatives of the East Village Association and the Ukrainian Village Neighborhood Association outlined issues and offered suggestions on keeping remodeling work on track. The aldermen agreed to work with city agencies to improve the review process. Permits are not required for minor repairs in the two landmark districts, but the city must sign off on roof, window and exterior wall repairs that alter what's seen at street level. However, details of those city approvals can be hard to find, and city building inspectors recently have stopped work at sites that have strayed from the approved details. East Village Landmark Dist
Read more 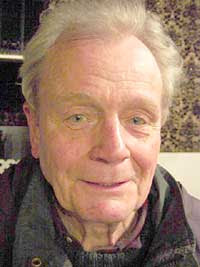 Weekend gardeners might find it encouraging that success eludes even experts like Richard Tilley. "You get failures, and you don't know why you get failures," says the Wicker Park garden veteran. Spry at age 81, Tilley this month gave East Village Association members his best practices for growing from seed. He brought results of those efforts as door prizes in his question-and-answer session at Happy Village tavern, 1059 N. Wolcott. Tilley's begonias and geraniums also are likely to propagate the Wicker Park Garden Club fund-raising plant sale on May 3 and 4 in the park, at 1425 N. Damen. Here are Tilley's top garden tips: Start as early as New Year's Day. Seed-packet instructions will suggest the ideal dates. The porous plastic containers that hold grocery-store mushrooms are Tilley's favorite for growing from seed. Use a seed-starter potting soil. Water seeds indirectly by standing containers in a baking dish filled with water. Cover seeds with a layer
Read more
More posts