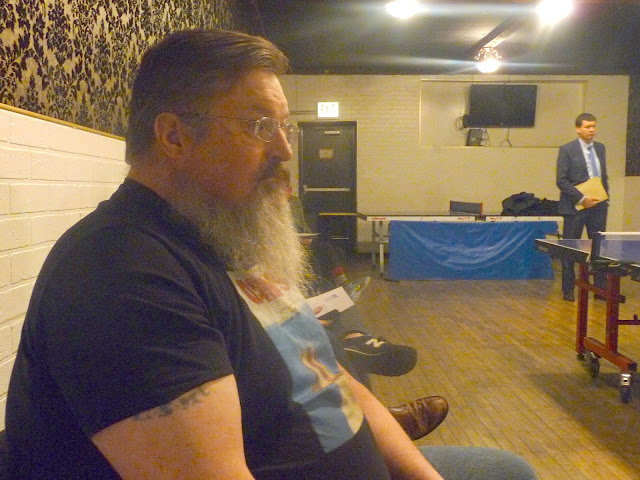 Paul Nickerson of the Tree House Humane Society gave a presentation on the Cats at Work program. Nickerson shared personal anecdotes of his introduction to the program and how it addressed a severe rodent problem in his neighborhood. Feral cats are trapped, neutered and released in proper shelters where there is a rodent problem.

Nickerson noted that feral cats are usually placed in groups of 2 or 3. The placement by Tree House comes with appropriate shelters that can be placed in garages, under porches or in unused gangways. Placement costs $725 for 3 cats and $650 for 2 cats. A cat eating a rat who has been poisoned is unlikely to suffer ill effects. More than 650 feral cat colonies and more than 3,500 feral cats have been placed through Cats at Work. 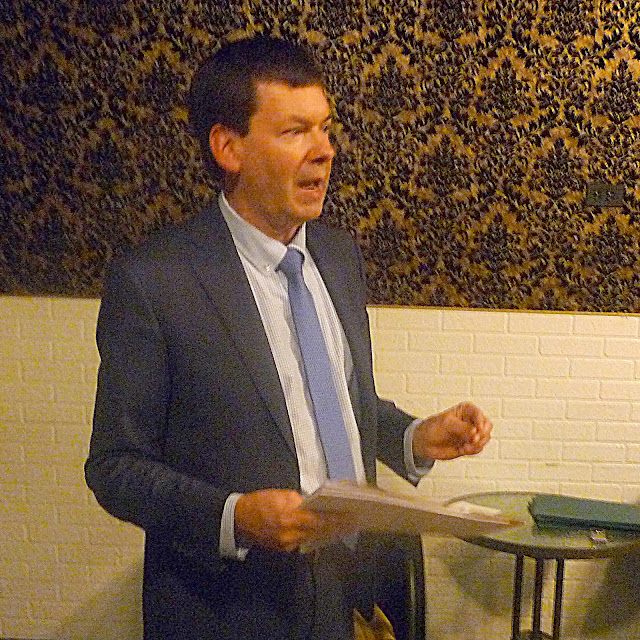 Hopkins says resistance to a police satellite office is fading.

Ald. Brian Hopkins noted that there has been significant progress in crime fighting and crime prevention. Hopkins attributed the improvements to:

Hopkins noted that he had garnered more than 5,000 signatures for the reopening of the 13th District and that Mayor Emanuel’s and Supt. Eddie Johnson’s position on the reopening the 13th District had softened. Hopkins committed to seeking the funding necessary to reopen the 13th District in future budgets. Hopkins also noted that there had been a proposal for a smaller satellite station to operate at the Goldblatt’s building; however, Hopkins was pushing for a more robust presence. Residents can still sign the petition.

Water main replacement work continues both on Chicago and Damen avenues. The mains to be replaced date from 1883 and 1877. The work has been delayed by weather conditions; however, Hopkins secured funding for an additional shift of workers to get back on schedule.

All of Augusta Boulevard from the Kennedy Expressway to Grand Avenue would be resurfaced and his office was taking steps to confirm that the dedicated bike lanes would be repainted and included in the resurfacing projects. Any area where there was to be water main work performed would also be resurfaced and that the cost of this resurfacing does not come out of Aldermanic menu money. Decisions on resurfacing are being made now please contact Alderman Hopkins’ office to weigh in on suggestions.

Hopkins announced his intention to introduce a change to Chicago’s landmark ordinance that would increase penalties on property owners who allow landmarked properties to fall into disrepair for future demolition. The ordinance would increase monetary penalties and impose demolition moratoria on neglected buildings.

Amazon representatives have toured the site and were favorably impressed with the potential site for Amazon HQ2. Regardless of whether Amazon selects this site, Hopkins believes it will be developed for a corporate headquarters and the scope and mix of the development remains undetermined. The alderman will be host to a community meeting in May to unveil more detailed proposals and discuss impacts on the surrounding communities. The alderman believes that improved river crossings must be part of any proposal. The alderman also secured commitments for a riverfront park on the east side of the north branch of the Chicago River.

Hopkins was informed that a remodeling permit has been applied for at the Grace Auto location. The original plan for a restaurant and outdoor beer garden was woefully inadequate, and resulted in widespread opposition. Hopkins has not been approached about a new proposal and will stand with the community to oppose a development opposed by the community and neighbors. Hopkins noted that certain parts of the project can be built as a matter of right and that the community must stay vigilant to effectively shape any proposal so that it does not adversely impact the community.

Several community members complained about the interior and exterior condition of the former Red Apple convenience store at Damen and Chicago. Hopkins offered to send building inspectors to address conditions on the premises.

Hopkins addressed questions regarding inconsistent application of the Shared Housing Ordinance, the city Business Affairs and Consumer Protection departent’s inconsistent and delayed implementation of the ordinance and the impression that BACP was simply denying all requests for adjustments.

In most circumstances City Council colleagues were more opposed to vacation rentals, but Hopkins acknowledged that each situation is unique. The alderman noted that BACP was underfunded and understaffed and has difficulty carrying out its mission. He's open to supporting Commissioner’s Adjustments supported by the community.