Candidates for the 4th District House seat in the March 20 Illinois primary election share a progressive outlook. But the four women had time to spell out their differences during a Feb. 21 forum at Rowe Middle School, 1420 W. Augusta Blvd.

Here's the "too long, didn't watch" guide to how Iris Millan, Alyx Pattison, Delia Ramirez and Anne Shaw responded to questions from East Village Association members and an overflow audience of about 125.

Millan and Pattison put revenue first, largely from a progressive income tax that would require amending the state constitution. Ramirez and Shaw stress the need to raise school subsidies. 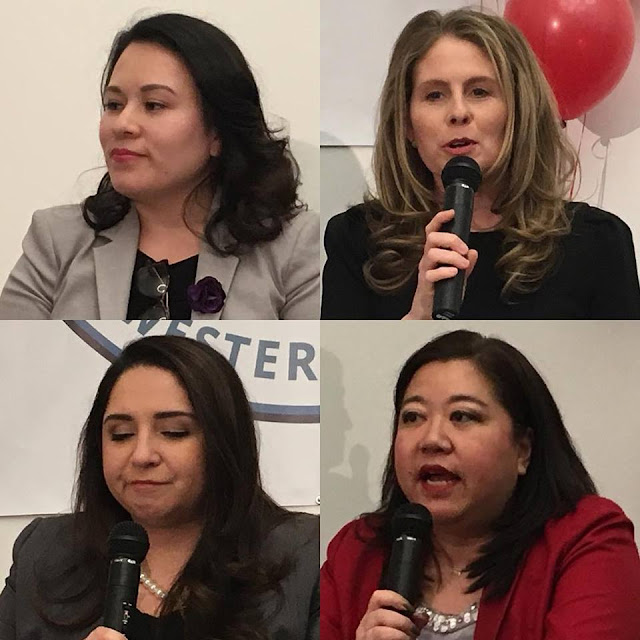 All back proposals to bridge the state's revenue shortfall:

Millan hopes for a challenger to the longtime House majority leader. Pattison would give leaders term limits and organize a progressive caucus. Ramirez would strengthen caucuses for women and Latinos. Shaw believes in standing up to the powerful.

A question on accountability prompted candidates to call out a negative "Social Justice Fund" mailer. Candidates support union organizing at charter schools, and were stumped by a question about legal sports gambling. One questioner noted that a progressive income tax would take three years or more to enact. A $15-an-hour minimum wage drew broad support. Pressed about her funding from builders, Millan defended development as a way to raise the tax base.