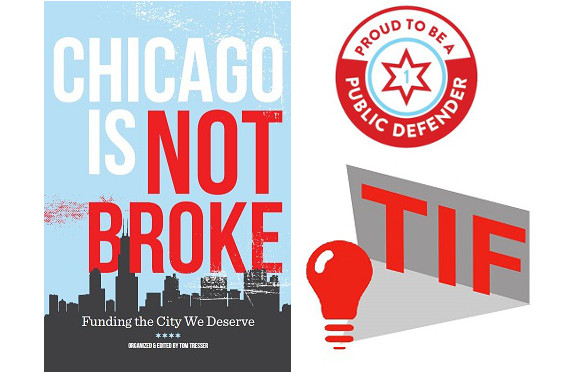 As Chicago aldermen debate the city's 2018 budget, a skeptic gives the East Village Association on Monday a community development perspective on municipal finances.

Tom Tresser, a founder of the activist CivicLab group, will speak at 7 pm in the Happy Village, 1058 N. Wolcott Ave. Tresser is editor of "Chicago Is Not Broke," a collection of budget reform essays.

Chicago's $8.6 billion budget is a 3% increase from current spending. The 2018 proposal adds 425 new police officers, detectives and sergeants and kicks in another $63 million in police and fire pension contributions from new taxes, including higher phone charges on 911 service. A public hearing is set for 11am Wednesday at City Hall, 121 N. LaSalle St.

Tresser is circulating an online petition opposing the budget, and his Public Defender Campaign argues against the practice of selling city assets. In a Crain's Chicago Business essay, Tresser advocates state reforms that would include the LaSalle Street tax on stock trades and a progressive income tax.

His CivicLab group plots strategy in a Nov. 11 organizing session at the Loyola University School of Law, 25 E. Pearson St.

The Monday agenda at Happy Village includes Anne Shaw in a "Meet the Candidate" segment. Shaw is a candidate to fill Cynthia Soto's 4th District state house seat in the March 20 primary.