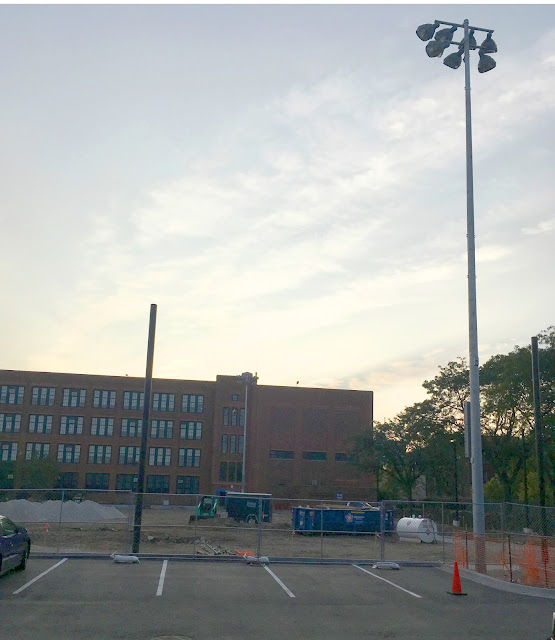 Ballfields will be lighted for night games at Wells High School.

Michael VanDam called the EVA community meeting together with a reminder: The board meets at 6:30pm Monday, Sept. 18. Meeting locations have been moving around, so watch Facebook for notifications.

Rita Raichoudhuri, principal at Wells High School, discussed ballpark development behind the building at 936 N. Ashland Ave. Timeframe for completion is by Halloween.

Initially, specs were to include a soccer and a baseball field. Zoning allows only an Illinois High School Association regulation-size soccer field. The baseball team can only practice but not play official games on the field. Two sets of bleachers, each holding 75 persons, will be on the East side of the field.

Neighbors in attendance raised concerns regarding the recently installed field lights. Lights will be used only for evening games, Raichoudhuri said, ending around 8pm. School officials don't have game times. The custodial schedule ends at 9pm so Raichoudhuri suggested the events would end an hour or so before that. Urban lighting guidelines were followed. 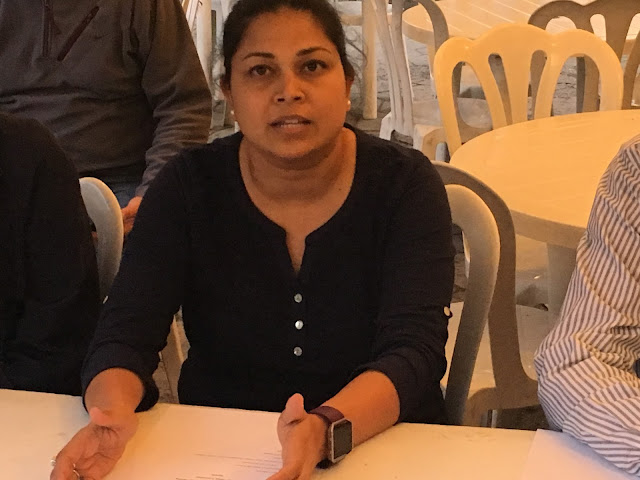 The field will be leased to other sports league teams. The contact person for scheduling is Veronica Muñoz. Public use is not available: The field will be locked due to issues with pets. Pets are not allowed on school property.

The process to share comments/complaints once the field is active is to contact the new principal or Chicago Public Schools. The principal has not yet been named. The most recent drawings for the field will be made available on the EVA website.

Language Academy: Wells was not awarded a language academy designation, though it's still a possibility should the school increase enrollment. 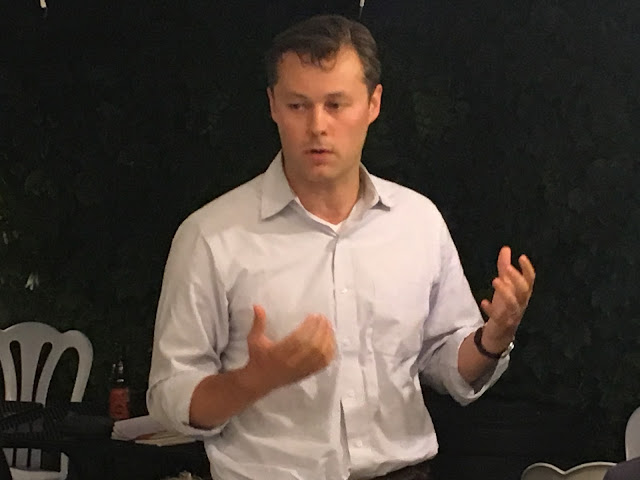 Peter Gariepy, candidate for Cook County Treasurer, lives in the neighborhood and has been an active EVA board member in the recent past. He is a CPA with a West Town office. There is opportunity to make the Cook County Treasurer's office more effective. Current treasurer Maria Pappas hasn't been challenged since 1998.

Gariepy has a plan to increase investment in underserved and low-income areas. He believes the treasurer should work hard for every resident and every neighborhood. Taxpayers deserve more from their treasurer's office. Gariepy says he's running to dramatically enhance transparency. We deserve to know exactly where property tax dollars are spent and how much goes into police districts, public schools, health and wellness services, public parks, transportation services, elected official salaries and benefits.

Last month's security meeting led to the commitment from Aldermen Joe Moreno and Brian Hopkins to support the reopening of Wood Street station house. A meeting recording is on the EVA website.