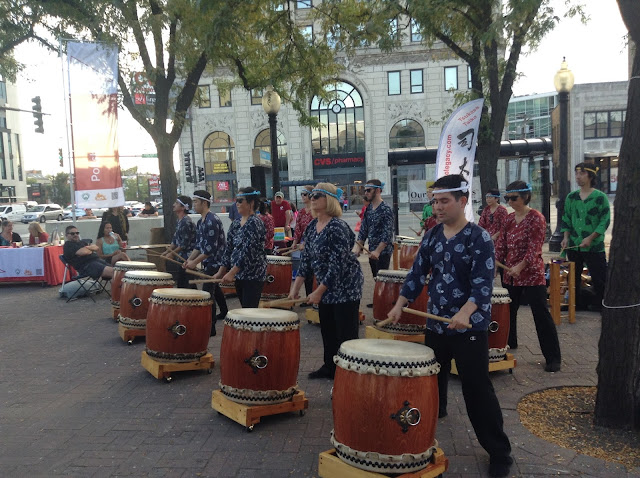 Tuesday commuter concerts resume May 23 at the Polish Triangle, the fountain plaza at Ashland, Division and Milwaukee.

The East Village Association, Wicker Park Committee and other groups in the Polish Triangle Coalition are finalizing performers, food vendors and sponsors. Blue Line commuters and neigbors can catch the concerts from 5:30 to 7:30 pm Tuesdays through August.

The Tuesdays at the Triangle schedule includes nationally recognized performers such as Matt Ulery’s Loom, along with neighborhood ensembles such as the series-opening Near North Montessori school band, Latino Experimental Theater and the Adventure Stage Chicago Trailblazers.

Ald. Brian Hopkins has expedited utility connections for the plaza to give this year's performers a silent power source. Businesses and residents can donate to support not only the concerts but also planters and other beautification efforts at the Nelson Algren Memorial Fountain.

This is the fifth year of Tuesdays on the Triangle concerts. The Wicker Park Bucktown Master Plan recently noted the event series' effect in giving the neighborhood a vibrant entry point.

The Balkan street-food grill Cevapcici will return for the Tueday events, and other food carts are being recruited. The coalition also aims to drum up interest in rush-hour and all-day beverage and food service at the plaza.

The Division stop ranks in the top quarter among the CTA's busiest L stations, connecting to bus routes on each of the three streets.