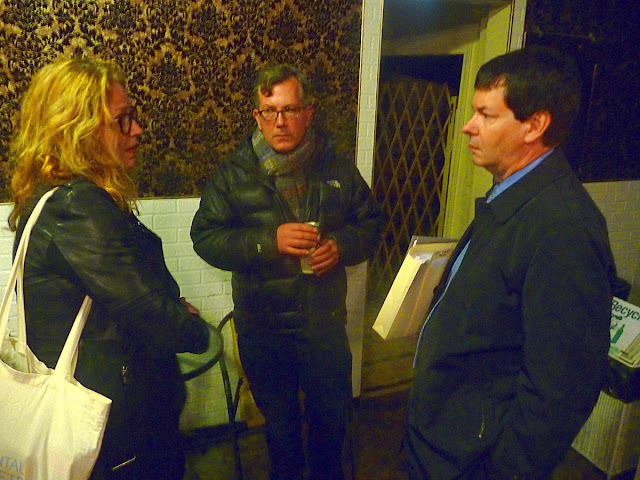 Brian: Have met with owners and wanted to bring it to the general meeting. Proposed development to add on to rear of building. Seeking a zone change and asking for us to approve.

Developers: Existing building currently zoned B3-2 seeking to up zone to a B3-3. Fully renovate existing apartment units and add a 1-story-taller building behind it and a parking base. Respecting the neighborhood by using existing structure and materials. This will be high end. Existing is a mix of 3 the new will be 2, elevator access to all floors. Parking will have bike storage and trash alcove. 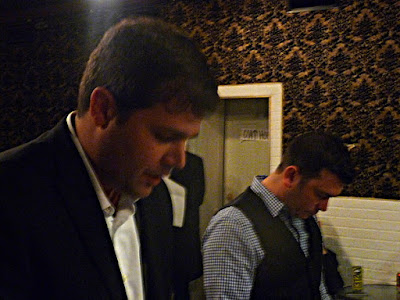 Diandra: John Kelly has not disclosed to us, the residents, what will the zoning change bring? Developer: Just an upzone to accommodate the new residential building. Diandra: Since it hasn't been disclosed to resident, what will happen to my lease? Developer: The zoning change will keep the building as a mixed use. We will also do renovations to existing units but the owner is not selling, he has been the owner for 15 years. Diandra: Is there a way to apply for a historical landmark? Just worried about what will happen to my unit since John Kelly has not disclosed.

Brian: Can you talk about the parking? Developer: Will retain the 7 stops, but with the upzone will fall into a TOD and not be required to add additional parking units, we are open to not allow residents to apply for street zone parking.

Diandra: When will renovations start? We need to know when we need to be prepared to move out or will I have to vacate the premise? Developer: We are not in that part of the planning yet. Michelle: What is the density going up to? Developer: Going from 6 units to only 14. Upzone would allow 21.

Member: Other than density, what else will be the benefit of this project? John: The building is over 100 years old and the building will be brought up to modern times.

Brian: The Planning, Preservation & Development committee believes this is a good example of how Transit Oriented Development can be utilized to make a delicate increase to an existing building with maintaining its integrity. The PP&D is largely in favor of this proposal.

Dan: Call to vote: The vote is to not to oppose the plan as presented here today and acceptance to not allow leased residents to not apply for a zone parking permit. Vote was 15 to 0 in favor.

Ald. Hopkins: My presenting the concept is not synonymous of approving. I am presenting the ideas brought to me and presenting it to residents. The applicant has a long history of being active in the community. Asking for us if we want to decide to want to decide. If operator is willing to build sandwich store for one year as a test and live up to standards for one year, will we be willing to allow them to apply a liquor license. I don't know if the owner would be willing to do so, this is something the West Town Chamber of Commerce is considering.

Presenting here in these documents is a vision of what the owner is planning and an idea of what a plan of operation will be. We cannot stop the owner from opening any other type of business right now. Do we want to engage the owner to see if can work something out to see if he can do this test business for some period of time or just say no?

Dan: Do we know how long his lease is? Ald Hopkins: I was told initially he had bought the building but that is not true. I don't know exactly what happened but he had attempted the purchase of it. As for his lease, I don't know.

Member: Help me understand the concept, will it be a license to sell liquor in addition to food? Or will you be able to take the bottle of wine to go? Ald. Hopkins: Not entirely clear in details but the idea would be that it would have a panni place and a convenience store type where they can buy bread and some packed goods to go.

Neal: Their other businesses are a mess and don't seem to care about their neighbors. They are also not taking care with the existing building in cleaning the store. They have been litigious with their other locations. It worries us that even if we had a plan of operation they could continue with current patterns in taking the city to court. I am opposed to this because I believe this would be an empty promise.

Brian: Is that the proposal, that if they have an agreement to open a store for a year, we would give them a liquor license? Ald. Hopkins: I cannot commit to that but it is something the chamber proposed.

Brian: What is the value of spelling it out? Why couldn't the owner just open a sandwich shop today? Dan: There was an opportunity here to change the perception of the residents by having done something already by opening a shop, but they have not. Michael: The chamber wanted to give the business a chance but not also be anti-liquor license, anti-business and this was brought to them before but their lawyer shot the idea down before.

Ald. Hopkins: Again don't think that I am here in favor of allowing this, but this is different than what he proposed before. He is willing to renovate and has made significant changes to the Red Apple idea. This is not a Red Apple 2, had it been I would have rejected it.

Neal: It is important to look at the location, it is a gateway to 4 communities and we need to look at if this blight should be reflective on these communities. Ald. Hopkins: If we chose to pull ourselves out of it by telling the owner no and that the community will reject anything they propose as the current owners, then we are removing ourselves from being in the conversation of being involved with anything the owner does with the building.

Dan: I would propose that we propose that we throw out there that we are not taking a position in allowing the owner to move forward with applying for a liquor license, that we are not committing to anything. Alisa: Why is he not here to present? Ald. Hopkins: He chose to send his attorney to his last meeting and I chose to show up just to see; I am not coordinating anything with him.

Stephen: This building is residential and are proposing a change in zone, wondering if this sets a precedence on other buildings on the same block for the same treatment, such as the art gallery down the street that wants to do the same. Especially since EVA is against spot zoning and want to keep the neighborhood looking like a neighborhood. Michelle: We are proposing a modern low use, proposing to use this as a meeting space, have a meeting practice in the space. Business can come in, have office meetings, idea meetings.

Stephen: Is the neighborhood ready for the upzone, the art gallery tried to do the same in the 90s and the parking and infrastructure wouldn't be able to support. Michelle: Expectations would be 15-60 people, hours 8am-11pm weekdays, alcohol would be through the catering, mostly corporate events.

Where will people park? Michelle: In the experiments I've run, it has been mostly Uber dropoff. The valet services I've used have been underutilized.

Michael: Have been in the area for 19 years, live directly across the street, and am fully in support the idea. This isn't the nightlife of the art gallery; it will be more professional.

Neighbor: I also support what Michael stated and want to state that they went door to door gaining approval. Neal: Michelle is applying for a limited business license and will not need a plan of operation, this will be regulated via the license.

Brian: The underlying proposal is to spot-change the zone for your gain, and I am opposed to having spot changes in residential areas.