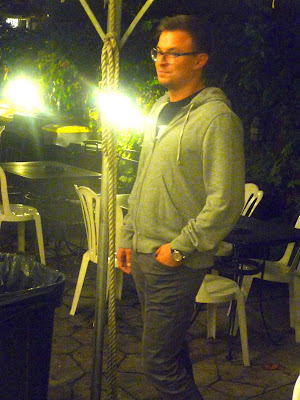 Discussion with Sheila Cosgrove, Manager of Mariano’s on Chicago Avenue

Knows lots of people who are unhappy, trying to it, bringing up some of the major concerns. Has been there for 5 months, has switched out employees and managers. One the verge of engagement survey, moving in the correct direction.

Biggest opportunity is in stock issues: Half the square footage of most Marianos, the smallest of all Mariano's. Shelves are 3 foot vs 4 foot. Backroom storage also smaller than most. Has made home deliveries when has ran out of materials after picking up at another store.

"This is the most challenging of all the Marianos that I've worked at"—has worked at several. Picked up a new produce manager for the store. Has hired an overnight team to clean up the store, has a new maintenance schedule. With the Kroger buyout, they do have plans to rebuild, hoping this store will be rebuilt as well. Thinking of putting a bar inside, getting 12 more euro tables for organic produce. Adding new bakery products, pre-sliced meats

Construction: Not sure if would have to close store for renovation. Has cross trained to be able to bring in back up cashiers, especially at closing time. If have a complaint about an employee, please document time and name, "concrete" evidence to make sure she can address the situation.

Carts and baskets: Can they be washed off? Yes, currently they are washed every 3-4 weeks but can look into cleaning them more often. Do have a third party that does come in to clean up. Also, please note any employees who are doing a great job, by taking the survey and marking highly satisfied with the employee name.

Katie, new catering and events manager. Not too pricey, call and ask by name or Shelia for any catering needs. The Chicago store does have a delivery. Kroger Co., the new owner, has plans to renovate all the old Dominics stores. LCM coupons on the Mariano's card, will send coupons on whatever you purchase, will send to email. Also have click coupons and free Fridays coupons.

No. 1 in liquor sales: All managers Basett certified and can check out liquors. Are planning on expanded beer and liquor, has already expanded beer walls. Stock truck typically comes around 8 or 9 in the evening. Baskets were an issue, but recently received a shipment of baskets, also thinking of getting rid of large carts.

Traffic element on Chicago, perhaps a "right turn only" out of the parking lot. New merchandising manager is putting on events, such as making sushi, sake tasting, pumpkin painting (look up Marianos.com and search for Ukrainian Village). Brining back yoga on the rooftop. If have ideas, email Shelia.

Mike Skoulsky: Last week finally received contract. Has been working on general issues with building, such as leaning cross. Now an owner with the Music School. Bob Zwolinski and Preservation Chicago organizing block party on Oct. 15 from 12-4 in front of church.

Rendering designs have changed—doesn't look quite like before but will get design ready to present. Overall schedule—hoping to start construction in spring/summer depending on permits. Density stays the same but the design may change, working with the academy and neighborhood group. Will be a public meeting with new display. (If anyone knows the admins on Noble Square watch page, please tell them to accept Mike's request.)

Music school is in Hyde Park and working on purchasing St. Adalbert, which will be the main campus. This will be a satellite with apartments and classrooms for the school.

Met with developer at Club Foot, who is interested in zoning change of first floor residential - minor adjustment for zoning request. By and large the EVA board is in favor with just a few concerns. Orange rated so are some concerns. Still waiting to hear back.

Approached by CGNA for renovation on south side of Chicago about the old Reach, doing façade work. Restaurant wants to go up on first floor, asking for accessory liquor sales. Looking for feedback on what we have done with Roots and Forbidden Root with plans of operation. CGNA was mostly in favor. The group involved is describing it as a German BBQ. Art gallery interested in second floor.

Meeting with the owners of the building of Starbucks on Division, actively renovating the apartments and are asking for zoning changes to change the parking lot to add more residential. Asking it as a TOD to remove parking and add another building. They want to preserve the building and put a new construction behind it.

Red Apple renewed interest in liquor license. Suzi Wahl: It is in Ald. Hopkins' office, has dropped off old letters indicating opposition, trying to get alderman to nip it in the bud. The operators have proposed to a new plan. Law enforcement has become worse which was the main opposition. Please call Ald. Hopkins (Kristen on the staff) to voice your opinion. May present at UVNA meeting in October - multiple members interested. Look at EVA website for more information.

Happy Village sale: Next step was to wait for Ald. Hopkins, who is not interested in asking for neighbors to weigh in and that lifting the moratorium with a POA would be better. Still waiting for information on this. Have not heard more since the meeting.

Ace on Ashland: Permit pulled. Not sure if TOD, didn't think they were going to do TOD.

Commercial Park (Suzi): Halloween party will start at 2pm. They do accept Halloween donations so clean out your closets. There is a parade with trick-or-treaters. If you go at the end, people dump their candy and there is a location that gives out shots for adults. Any age group welcomed. Wicker Park canceled their Boo-palooza, which may make this one bigger.