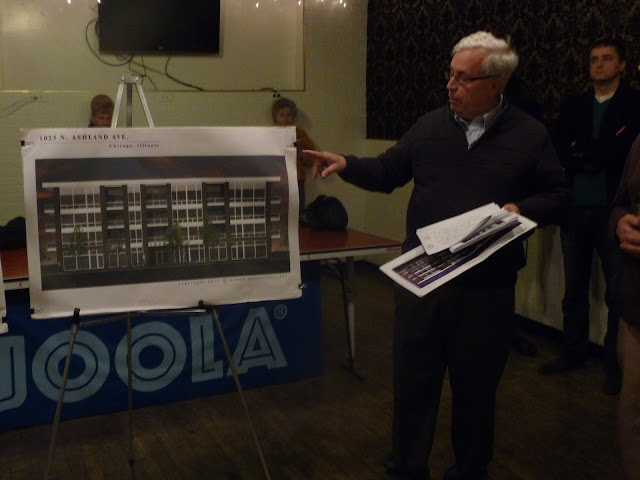 Brian Foote introduced the team behind the proposed new transit-oriented development replacing the Ace Hardware at 1013 N. Ashland Ave. The group had previously met with the EVA board and has integrated most suggestions into the revised plans.

The building will include 2,500 square feet of commercial space and 33 units on three floors above: six 1-bedroom units, 21 2-bedroom units and six 3-bedroom units.

Parking will be limited to 25 cars, and the building will include storage for at least 25 bikes. Parking will be accessed off the alley behind the development.

EVA members voted to approve the upzoning to B1-3, which will ensure that the ground floor retains commercial use. 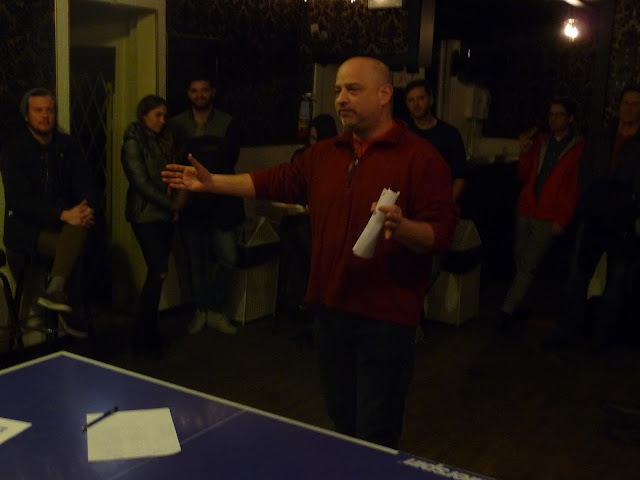 Scott Floersheimer, owner of Cleos, spoke about his application for a late-night liquor license at 1935 W. Chicago Ave.

Floersheimer stated he had submitted all required signatures Jan. 6. City guidelines require signatures of at least 50 percent of all registered voters living within 500 feet of the business.

When asked why he was applying for the license, Floersheimer said the business was hitting a growth plateau and he felt this would offer the opportunity to continue to grow.

The operational plan included with the application included additional security and training for staff, security cameras and procedures for dealing with disturbances.

EVA members expressed concern about the additional noise and stress the late-night license would impose on the neighborhood.

EVA officers will be nominated and approved at the March EVA meeting (to be held on March 7). Dan Johnson, Catherine Garypie and Michael VanDam are on the nominating committee. Interested members should contact them for consideration.