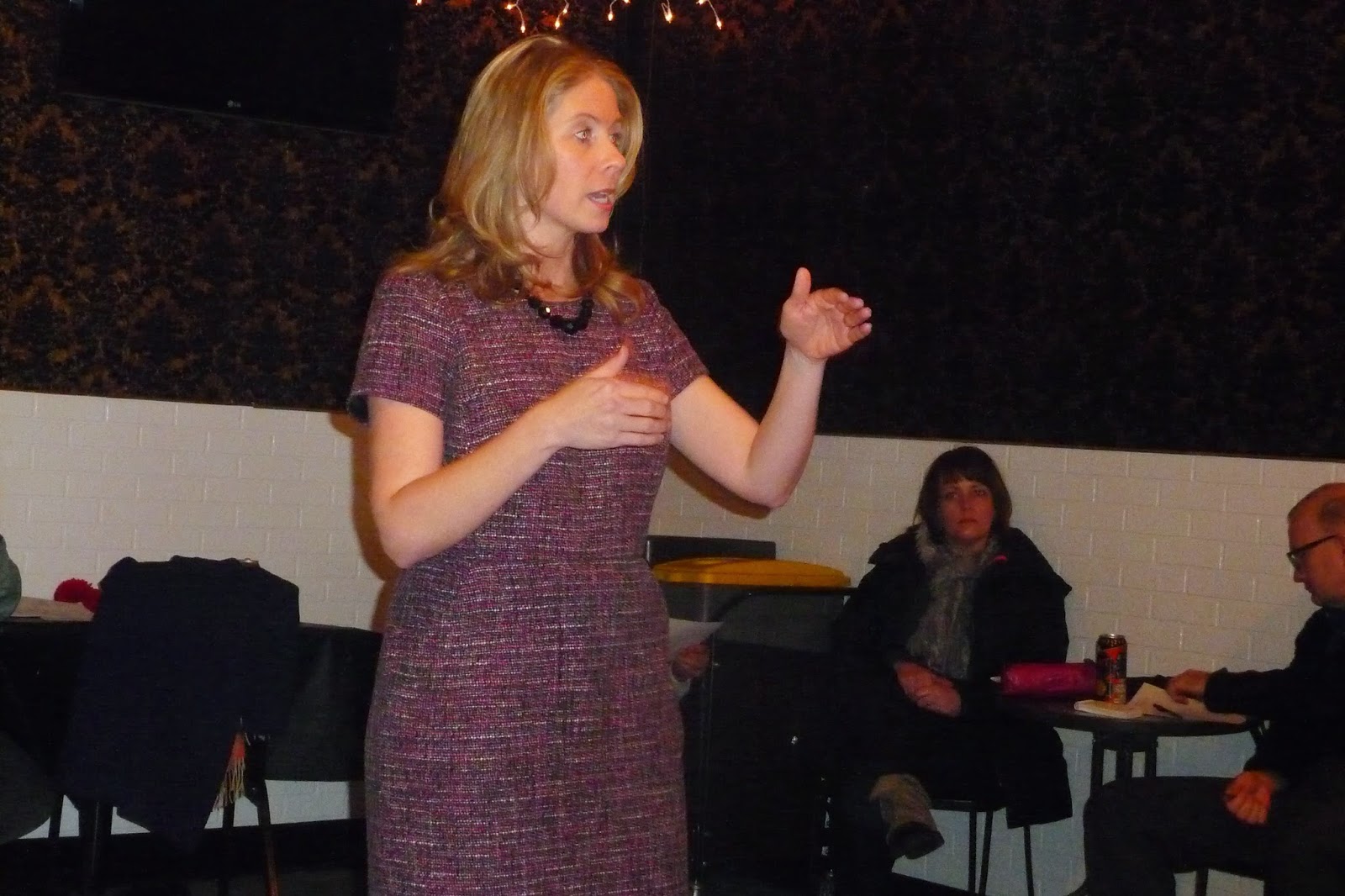 Alyx Pattison lives in Ukrainian Village and serves on the local school council at José de Diego school. Raised in a working class Utah family, her grandfather founded a local miners union. Everyone in family was laid off at some point. Growing up, "Mom was on and off food stamps. Government helped my family" with food stamps, Medicare and Medicaid. Pattison went to Northwestern law school. She moved here 17 years ago to work for U.S. Rep. Jan Schakowsky. Raised in working class family, "I believe in the power of government to do right by society. Government can offer a hand up not a hand out. Block by block we can build communities." Pattison works for a law firm as a securities litigator.

Priorities for 2nd Ward & City as a whole?

How would you address a remap? The 2nd Ward is not contiguous or compact; it seems to separate residents from businesses. There should be public participation in a remap before it's passed.

How will you address the issues in both the east and west side, since you have limited resources? "I do live and intend to own property in Ukrainian Village. So I'm personally invested in this neighborhood. I'll need to be an alderman 'on the move.' I'm planning on Council on Your Corner pop-up offices, attending CAPS meetings and neighborhood association meetings."

What are your first two priorities? Schools and crime: "This ward skews older. On the east side of the ward, schools are not a big issue. But in the west side of Ward, I've seen my 35-year-old friends are moving to the suburbs."

How will you address crime & school issues in a city with limited resources? "We have to talk about revenue. Small Band-Aids don't work." She suggests a sales tax on services, including lawyers. Novel ideas are needed with the police in particular. "Right now sheriff's deputies patrol in rural areas – it would be nice to pull them into the city."

Should former 46th Ward Ald. Helen Shiller be in charge of the City Council Independent Budget Office? No. It should be someone new. 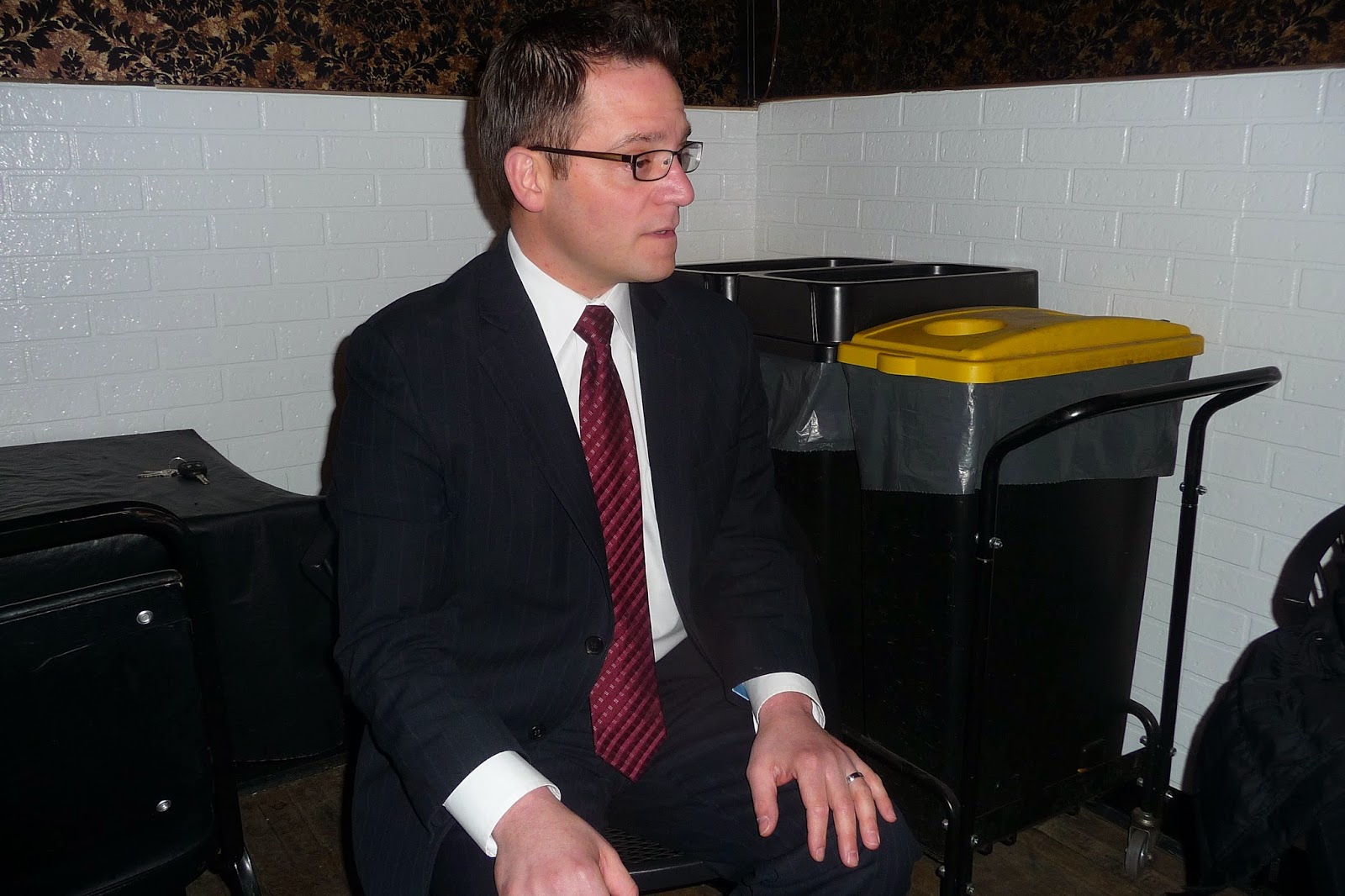 Accomplishments in the last four years:

What is the TOD ordinance? Basically it allows dense development without parking near rail lines.

Please describe the Chicago Police satellite office in the former 13th building on Wood. "I worked hard to get Cook County Sheriff in that building. I met with Cmdr. (Melissa) Staples and asked her to take some space in the 13th back. She said, let's wait for one year. Now the officers can go to the station to use the computer. Commander Staples told me, "I don't want them hanging out there. I want them on the street."

Please discuss the TOD on upper Milwaukee Avenue. The volume of the planned buildings doesn't seem to be consistent with the surrounding community. "The TOD buildings are denser. That's progressive planning. The Wicker Park Committee has approved one and is close to approving another. I've worked with EVA too. Any zoning change that I have, I discuss with the community. The Milwaukee/ Belden project is too tall & too dense. We had a public meeting, with lots of both support and criticism. We are working on reducing the size of that building. Affordable housing is very important to me. Logan Square is at its lowest density since the 1960s." Coming up: a new Congress Theater with a new grocery store nearby.

So if the city is moving toward higher density on arterial streets, we need more emphasis on public transit, right? "Yes. We just rehabbed the Damen stop. I have spent a great deal of money on protected bike lanes. I support BRT, but Ashland is the wrong place for Bus Rapid Transit: Western has better infrastructure and I've told the CTA that Western would better."

What did your “yes” vote on the city’s 2012 budget, closing the 13th and mental health clinics, get the 1st Ward? "If I were the only no vote, I would have gotten nothing for the 1st Ward. I challenge the mayor when I should and agree with him when I can. My rating for progressive values is good. I disagree that a yes vote on that budget was a loss for the 1st Ward. Closing the 13th was a win. Cook County should handle mental health clinic issues, or give it to Erie Mental Health Clinic – they have the expertise. I think it was a good vote.

We are facing a fiscal cliff over pensions and other city obligations. What solutions do you offer? The city has cut its deficit in half, not including pensions. "I believe in meeting our pension obligations. I support a services tax. People who frequent spas should pay taxes just like a family of four buying groceries. One idea I have: In Illinois, cigarettes can be taxed, but smokeless tobacco cannot be taxed. I am working with (Illinois Senate President) John Cullerton to pass a tax on smokeless tobacco. This would generate about $30 million. Get the other aldermen to come up with a $30 million idea, and we're done!

What about the proposed "La Salle Street tax" on futures and option contracts? The federal and state governments have more control over La Salle Street. "I don't think people will leave the city if it is implemented. The city Law Department is telling me that the proposed LaSalle Street tax is problematic. I've asked U.S. Congressman Mike Quigley to research this too."

Pattison adds, "Some say, tax LaSalle Street $1 per transaction on seller and buyer. But if someone is doing thousands of transactions a year, that’s too much. Current proposals are not realistic. We cannot charge dollars per transaction.

The city has to act, Moreno continues. "The feds aren't passing a minimum wage. Municipalities have to act. We see our constituents on a regular basis. I was lead sponsor on a $15 an hour minimum wage. Minimum wage jobs are unfortunately supporting entire families. I support initiatives like a potential smokeless tobacco tax. I want to provide solutions that matter & can happen, not just ideas."

Will you continue accepting campaign contributions from people or entities with matters like zoning changes and liquor licenses pending before you? You're the only one who knows if that's affecting your decision, but it does have an appearance of impropriety. "I disagree that there is an appearance of impropriety. I've spent thousands of dollars on parks, Planned Parenthood, Raise Your Hand, Clemente high school, Pritzker school. ... The campaign money I've raised, some from developers, goes to all these things, including the EVA block party last summer. I do not allow developers to influence my decisions. I gave $144,000 of my campaign monies back to the community in the last four years.

Would you support a bar on accepting contributions for a certain period of time around a decision pending before you? Currently, any company doing business with the city can give only up to $1,500 to a candidate. One example is, Related Midwest has been selected as the contractor for Lathrop Homes, but they do not have business pending before the City Council. Nonetheless, I haven't taken a dime from Related Midwest. I don't think it's appropriate. When I hear amateur criticism, I say, bring it to me, tell me the specifics.

Have you endorsed anyone for the 2nd Ward? "I am only one of two Latino legislators who has not endorsed the mayor. I work well with neighboring aldermen (Scott) Waguspack and (Walter) Burnett. But I do have problems with (Ald. Roberto) Maldonado.

Technically outside the EVA boundaries, a prospective is nearby at 744 N. Damen Ave. The city approved a zoning change but cannot be sited there under state law because it is close to a daycare center. Should we send a letter to the state about this, asking them if they approve the dispensary, please explain why in light of the nearby day care facility? VOTE: Yes (majority). (The state later moved to deny the license.)

A building with 60 units is approved across from Wicker Park Health Club on Division. Centrum is the developer; plans include a full affordable housing component. Also another large development on the horizon is on Milwaukee near Division. Also, development at 1920 W. Division calls for 8 to 10 units, 4 stories total, no zoning change required. Forbidden Root has a sign up. No news regarding Fifield construction.

There are plans to update the crime map at yearend and include the area between Chicago and Grand. There was a recent shooting on Rice, near Commercial Park.

Next meeting is two weeks from Wednesday at 7pm in Northwest Settlement House.