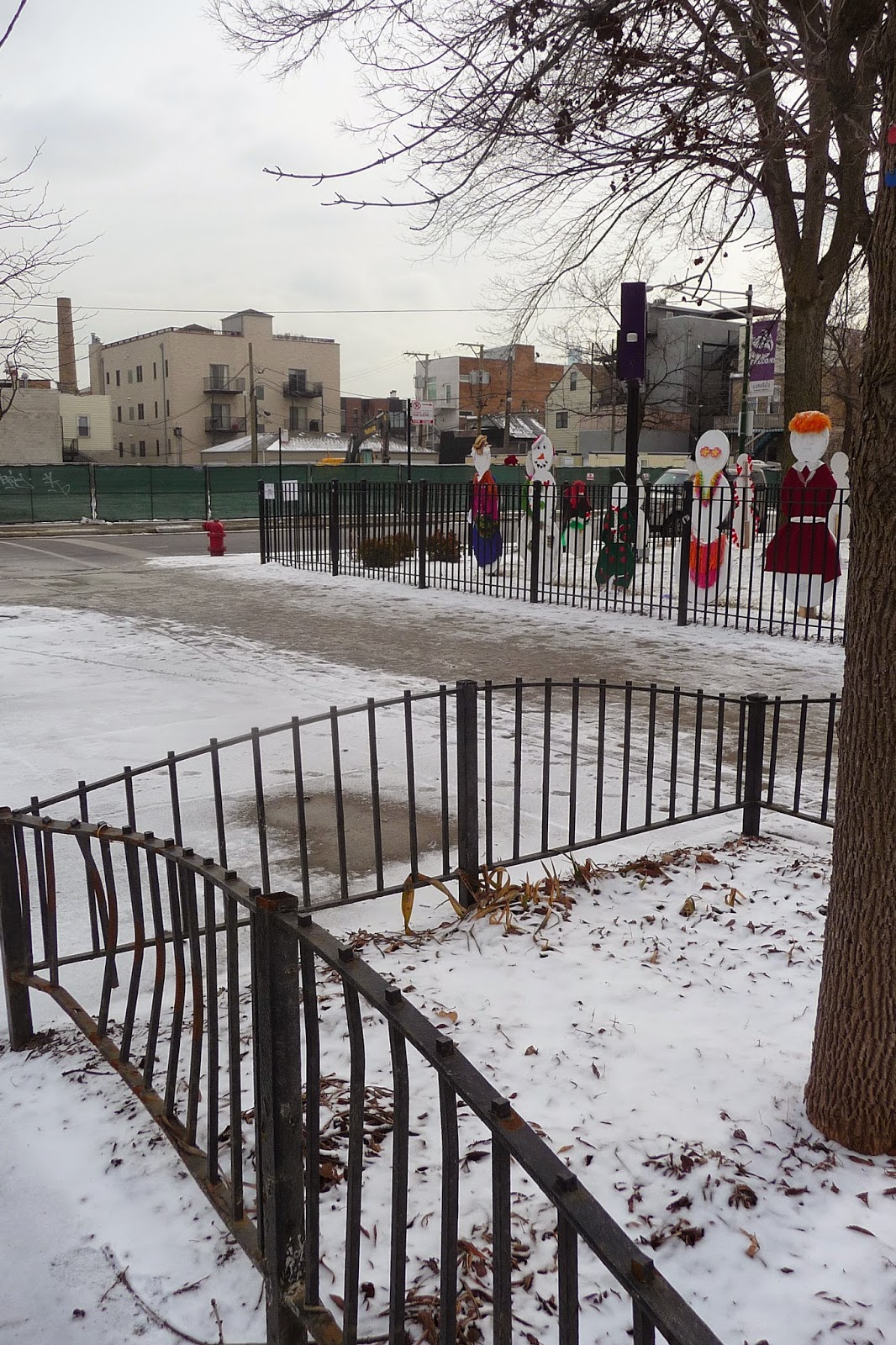 Division Street fences have fallen into disrepair or been removed illegally.

Sidewalk cafes are already in the works for Division Street. They could open as soon as the first weekend in March.

But there's no clear path to preserving trees that lend the cafes their leafy look, or maintaining the iron fences that help trees thrive.

City foresters and the local service district both plan to replace dead trees. Commissioner David Ginople, who owns Store B at 1472 N. Milwaukee, says 16 or 18 trees are dead.

He wants to replace them in a three-year streetscape project with limited funds. The district pays for tree care on Division, and he says landscaping lends the street its vibrancy.

ALL ABOUT THAT BASE

Forestry director John Kirchner warned restaurateurs not to alter the large tree pits because they protect tree roots close to the ground.

"We want to maintain the tree pits as 10 feet by 10 feet in all cases," Kirchner said. Alternatives like grates or paving bricks divert water into sewers and away from leaves, he said, and even shallow digging tears up roots.

Janet Attarian of the city transportation department said pavers tamp down soil as hard as the surrounding concrete.

Moreno made a pitch to sidewalk businesses to reverse a "hodgepodge" of tree treatments. Alterations have continued since a similar meeting two years ago.

"If you have your dirt covered, remove it," Moreno told property owners. "If fencing around the tree was removed, put it back in.

"We want to restore the fencing – Red Square – that the taxpayers paid for," he said, calling out the spa at 1914 W. Division St. that paved and bricked over a tree pit last summer.

It was unclear how the city would proceed in other cases, such as the bricked-over sidewalk at 1846 W. Division St. Kirchner said he was involved in litigation at the address and would not comment, without saying who's suing whom.

Chef Michael Taus, who was at the meeting, plans to open a restaurant in the former Prasino space. He told DNAinfo he'd work with the city but had concerns about losing sidewalk seating.

Tony Bertuca of the Department of Business Affairs said the city can deny cafe licenses where the street has been altered. Kirchner said street work without permits could be prosecuted.

There are few public resources to fix fences in disrepair, which Attarian said were installed in the mid-1990s. She said they'd be restored "on an individual basis."

The improvement district's budget will "probably not" afford fencing this year, Ginople said. "If we have neighborhood partners to share the cost, we could do more."

To open a sidewalk cafe, a restaurant drafts a seating plan, gets insurance and pays an annual fee starting at $600. Plans are reviewed annually.

Establishments must post the plan onsite and stick to its dimensions. "Don't creep," Bertuca warned restaurateurs. "Your plan is what was approved."

Cafes should leave a 6-foot-wide stretch of sidewalk clear for pedestrians and free of waiting patrons. Seating's confined within a 2- to 3-foot-high barrier. Planter boxes and other landscaping no longer has to cover half the area, but Bertuca says that's still the guideline.

Outdoor service starts at 8am. When the kitchen closes, so should the sidewalk cafe – midnight at the latest. Smoking's not allowed within 15 feet of a restaurant entrance or open window, which limits any smoking area to the far reaches of the cafe.

Patrons may bring leashed dogs, but can't feed them or bring them inside. Dog-friendly establishments no longer need additional licenses.

City forestry efforts are focused on extending the life of ash trees with treatments against the emerald ash borer. Kirchner says it's a losing battle.

"We will eventually lose all the ash trees in the city," Kirchner told the group. "We cannot kill the bug entirely. It's nearly impossible to get all the insects."

The city's cutting down ash trees and a contractor is removing stumps, but won't replace them unless residents make a request by calling 311 or their alderman. This year, it's working through last year's list.

Division Street's sidewalk cafes can preserve one benefit: There are no plans to install parking meters between Wood Street and Damen Avenue. Moreno told business they're installed only when meters are removed elsewhere.

Meters were added along California Avenue, where parking had been free on only one side of the street. But Moreno said there's no groundswell of requests for more meters.