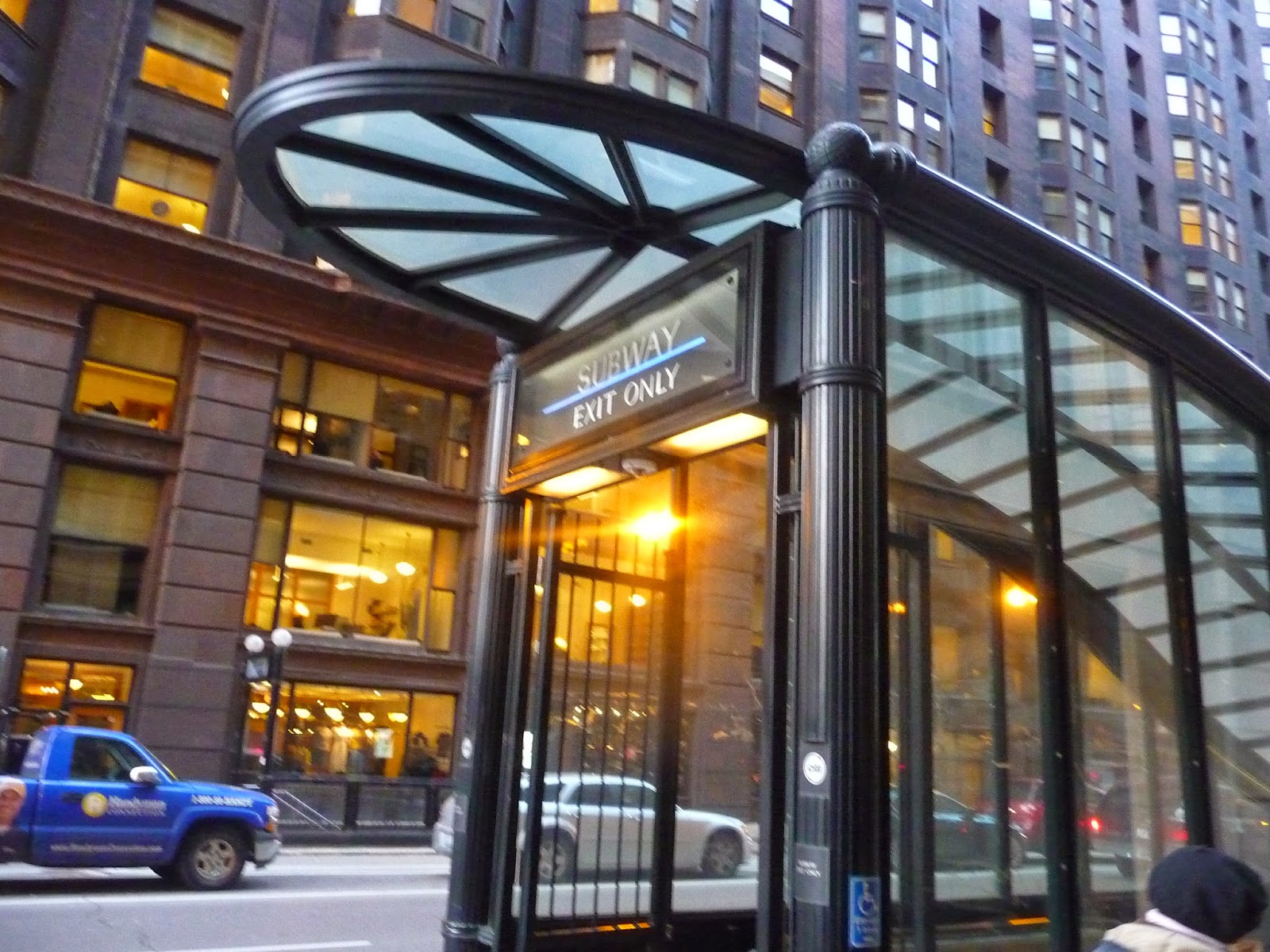 A "traditional" subway canopy can double the CTA's cost.

Dates are Jan. 29 (1st Ward), Feb, 15 (2nd Ward). Andy Shaw of Better Government Association will host, Wells High auditorium is rented, other associations are on board. Shaw may have format ideas. Wells students can submit questions.

An online survey drew 1,200 responses; the majority want a traditional entrance design for the Blue Line station at Division, keeping the fountain and placing canopies over the subway. The traditional design costs $600,000, twice the price of the "modern" choice. McKnight will propose that we get specifications for the canopy foundation to get art on top of the canopy.

Studio Gang has been invited to get involved. EVA board members will attend the next meeting with the CTA. The next meeting is with local businesses. A number of entities are involved, and it's unclear how much influence EVA will have in the process.

Demolition permits: Landmarks Illinois issues committee loved the draft proposal to improve historic preservation in the Chicago. Next: Meeting with city Landmarks Commission, then meeting with aldermen, to get a senior sponsor for a vote before the February 2015 election.

Filming locations: Everyone wants to film in this neighborhood. Inner Town Pub is rented to cable series "Sirens" and trucks are taking up a ton of parking on Augusta. The Winchester restaurant loses businesses when filming is happening. EVA will send a letter saying the filming has become disruptive and EVA would like to be consulted before future filming. Also trucks on Augusta are violating the boulevard designation and idling ordinance. EVA will send a letter to the film office and try to obtain filming schedule.

Garbage collection: Private pickups come very early (4-5am) for south alley in 2000 block of Division. Ald. Proco Joe Moreno will attend a meeting at SmallBar on the issue. This violate both ordinance and liquor license plans of operation.

Marijuana dispensaries: Legal use will probably move from medicinal to recreational eventually. So should approval process be closer to liquor sales or medical clinics? Most dispensary applicants at this point appear to be club people. Medical marijuana dispensaries pose these issues:

The law right now is very restrictive. A dispensary requires both special use zoning from the city and an operating license from the state. An article for the newsletter is pending.

Rolando Acosta is new vice president of the West Town Chamber of Commerce.

1815 W. Division St.: Development for the parcel at Division and Honore (east of LaSalle II school) is now back to its original proposal, since Trader Joe's is no longer considering that location.

1850 W. Chicago Ave: Fifield Cos. zoning request has passed for 59 units. The EVA board would like to make it clear to community that Ald. Moreno overruled the community opinion he sought from EVA on this issue. EVA members voted for no zoning change but Moreno is approving the upzone.