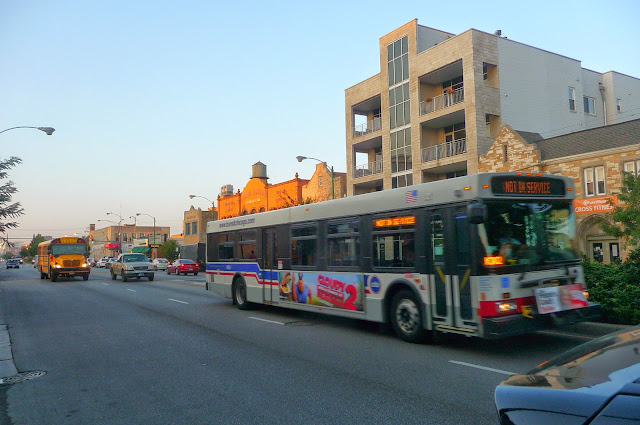 Bus lanes along Ashland Avenue will be up for a vote at Monday's East Village Association meeting.

Members will vote on the CTA's Ashland Bus Rapid Transit as currently proposed: "Based on information EVA now has, is EVA for or against the Ashland BRT?"

Reflecting concerns about the design, the EVA board last month left open the possibility of revisiting the issue if the plan changes.

And changes are likely. The $160 million Ashland BRT proposal would restrict inner lanes to buses and emergency vehicles. Medians would stay in place. Bus stops would replace the left-turn lanes.

The city's new transportation commissioner, Rebekah Scheinfeld, now wants to keep left turns on some intersections. As the CTA's planning officer, Scheinfeld was responsible for the original design.

EVA's board identified several issues with the CTA's current design:

A 2016 completion was planned for the first phase between Cortland Avenue and 31st Street. But funds for engineering studies, construction and operation would first have to be lined up.

The Wicker Park Committee last week discussed working with the CTA on a better design.

That's essentially been the EVA position in nearly a year of debate: Great if it works, but can it work?

Meetings and blog posts coached members on how to be heard in the environmental assessment required for federal funding. (I filed my own comments.) EVA encouraged members to attend last year's Ashland BRT open houses.

Members also discussed an alternative express-bus plan from the Randolph/ Fulton Market Association, without committing to either proposal.