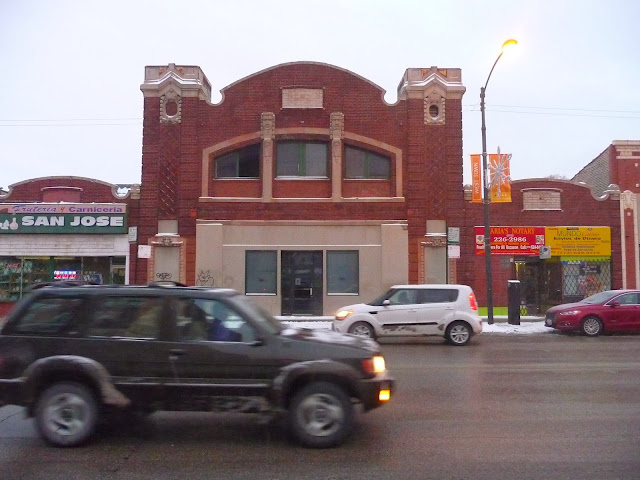 
Representatives approached Neal McKnight with their proposed brewery-taproom on Chicago Avenue. They need a liquor moratorium lifted, and the zoning changed from B to C to open at that location. McKnight discussed the project with Scott Rappe and Peter Locke of the PPD committee, and they all agreed that the project would be fine if they kept within the existing zoning of the site.

Rich Anselmo stated that he and EVA fought for B zoning there, as well as along much of Chicago Avenue to keep out unwanted uses such as dry cleaning and auto services. Additionally, from an urban planning standpoint, commercial zoning adjacent to residential zoning and spot zoning are not ideal practices. There are some existing C zoned areas close by on Grand Avenue that would work well for such a project.

EVA worked extensively with Forbidden Root’s attorney, Rolando Acosta, to establish the transit-oriented development ordinance that allowed for the 1611 W. Division St. site to be developed. It is possible that an innovative strategy can be explored in this case as well to maintain the protections available to East Village residents.

Forbidden Root will hold a community meeting on Jan. 23 at 6pm in the proposed brewery site in order to discuss their project.


There have been rumors that developers want to change the original plans, but they would have to vacate the planned development ordinance. Permitting is in place.


Steve Fifield went back to Ald. Proco Joe Moreno with the new project proposal, and has not yet received an approval or denial. EVA is still considering the opportunity to expand Commercial Park onto the property instead, as this is the last large undeveloped property in the neighborhood.

Ronda Locke previously had a freelance landscape architect draw up plans for the park expansion. She has also been speaking with the Chicago Park District regarding the possibility of this, and they are amenable to it. Ald. Moreno has written a support letter and has said he could help with impact dollars. Neal McKnight suggested EVA write a support letter, as this is a once-in-a-lifetime opportunity.


McKnight would like to develop some guidelines as to expectations of the chamber as the delegate agency of the SSA. He would like to see more transparency, and would like to request that the people who run it live in the neighborhood. Additionally, he believes the chamber and SSA should support residents and property owners just as much as businesses. McKnight will compile a list of things to ask for.


Epic Spices will present a business minute at the Feb. 3 meeting. Gladys Anselmo suggested that we have any of the grad students who has been studying the neighborhood present some of their findings. Other suggestions are welcome.