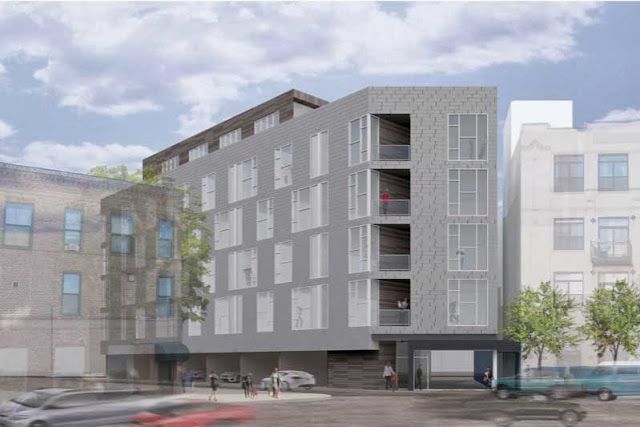 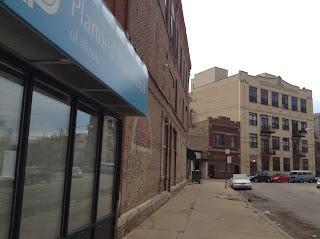 Sutherland feels that the market demands smaller apartments right now, and so proposes 8 studios, 24 one-bedroom units, 12 two-bedroom units and 1 large single-family unit in the top. This equals 44 units on floors 2 through 5, plus the 1 large unit on the 6th floor, totaling 45 units. Sutherland is aiming for LEED Silver certification, incorporating sustainable concepts such as solar, 50% green roof and electric vehicle parking.

EVA President Neal McKnight said an effort should be made to incorporate larger units, possibly some three bedrooms to accommodate the possibility for families to live there. Concern was raised regarding the current safety of the area, and Scott Rappe suggested that a good building can change a location. Sixty people moving to the area as well as people coming to the real estate office on the ground floor could be a positive addition.

For next steps, the developer will reconsider the unit mix to include some larger units. The EVA Preservation, Planning & Development committee and Sutherland’s group will keep in touch as the design progresses, and PPD will ultimately make a recommendation to the EVA membership. 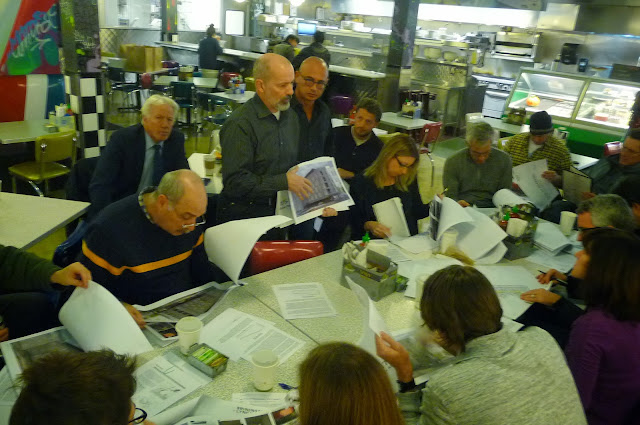 
Gary Wigoda, attorney and chairman of the Wrightwood Neighbors Planning Committee, came to discuss our recent ideas about the direction of the neighborhood.

He stated that while the city does have overlay districts in place, the planning department does not prefer them. We can work with the aldermen on zoning changes, but Wigoda suggests that the changes be large areas rather than piecemeal. He also suggests we look at existing overlay districts and notice that most deal with things such as setbacks, building heights, lot area differences and floor area ratio.

The two most important next steps are:


Though we sometimes skip the December membership meeting due to the holidays, it will be held this year on Monday, Dec. 2. See you at 7pm at the Happy Village, 1059 N. Wolcott Ave.


Board members will brainstorm places to hold this year’s holiday party. Smoke Daddy, Unite Urban Grill and Bow & Stern were brought up as possibilities.