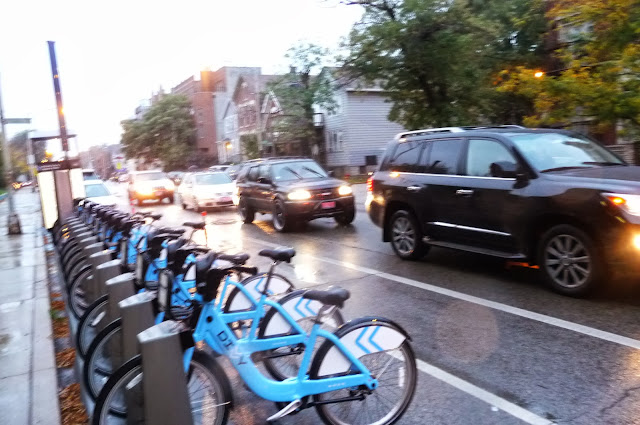 Upcoming speakers
Vito Greco from the Center for Neighborhood Technology will give a short talk about its energy programs.

For a future meeting, Neal McKnight and Gladys Anselmo will approach someone from zoning to speak about possibilities for East Village, with an aim toward developing a plan to encourage the preservation and construction of single-family homes.

Ronda Locke will ask Dietch Pharmacy if it's interested in doing a business minute to discuss current renovations and additions.

Red Apple liquor license
Red Apple filed suit in circuit court against the city for denying a license. The judge ruled in favor of Red Apple, and the city will appeal. The process likely will take awhile.

Miller Lumber
LaSalle II school was promised $10,000 a year from the developers. McKnight will write to developers reminding them of the commitment.

1800 W. Chicago Ave.
Fifield has contacted McKnight about again increasing the unit count above the existing zoning to move forward with the project. EVA has stated the group is against upzoning and will not support this new density. The board supports the idea that the community or park district obtain the land and expand Commercial Park.

Augusta Boulevard
The board would like to come up with ways to improve Augusta, as it is currently not being treated as a boulevard. We would like to see an upgraded streetscape, including trees and possibly a bike lane. Ronda Locke spoke to Ald. Scott Waguespack regarding streetscape improvements in general, not necessarily in this location, and he said the process can take 2 to 4 years. An old letter from Barbara Lumpkin shows approval by the city for curb bumpouts, and while the letter may no longer be enforceable, a plan most likely exists. We would like to see improvements all the way to Humboldt.

Damen trash cans
The city will install trashcans if it can be worked into its current daily pick-up route/schedule. Some community members have expressed interest in having this amenity.

Holiday party location
Board members will brainstorm places to hold this year's holiday party. Smoke Daddy was brought up as a possibility.