Bring your own bag, Chicago! 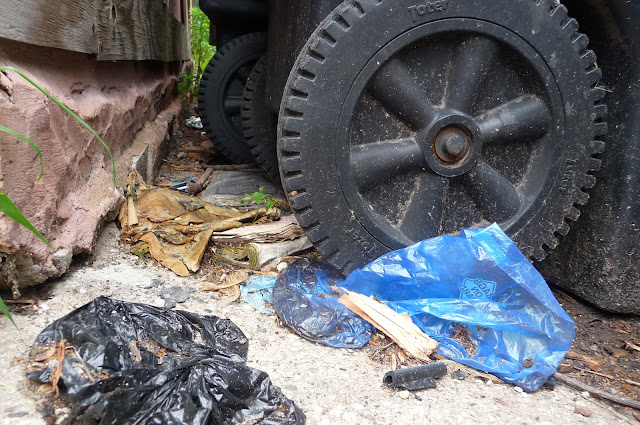 Is there anyone who doesn’t think we have too many plastic bags around? They’re good for some things, but their drawbacks range from the aesthetic to actually undermining health and safety. As bags are littered through the environment, they clog storm drains and kill wildlife. Because plastic is forever (or for at least 500 to 1,000 years before it degrades into tiny toxic pieces), these petroleum-based materials enter our bodies and disrupt our hormone and endocrine systems. Chicago has an opportunity to reduce this impact, thanks to an ordinance introduced by Ald. Proco Joe Moreno. But it remains to be seen if Mayor Rahm Emanuel will support the public good or business as usual.

Banning plastic bags (or more commonly, taxing them so people who use them pay a little for the problems they cause) is not a new idea. Places that have placed restrictions on plastic bag distribution have reported these efforts are a great success. In Ireland, where a bag tax was established in 2002, the legislation has been called the most popular tax ever levied. Even China has found ways to deal with the glut of plastic shopping bags, their ban has been in place for five years.

The U.S. and, predictably, Chicago, lags far behind in similar policies. We know there’s a problem. Aldermen Margaret Laurino and Ed Burke introduced an ordinance in response to resident complaints about this pervasive, unsightly trash; it ended up being watered down to require merchants who use plastic bags to offer “recycling”. No matter that the market for used bags is so small it’s almost nonexistent. That’s the reason plastic bags aren’t collected as part of the Blue Cart recycling program. Mayor Richard M. Daley, whose green policies were highly selective, chose to side with business interests of the Illinois Retail Merchants Association.

Moreno’s research has found that Chicagoans use an average of 500 plastic bags a year, totaling 3.7 million a year. These "free" bags cost Chicago taxpayers an estimated $27 million a year embedded in our grocery bills. This doesn’t include the unquantifiable costs of cleaning up clogged storm drains, litter in our environment, and harm to local wildlife. His legislation, co-sponsored by six other aldermen, proposes that Chicago retail establishments larger than 5,000 square feet no longer be able to provide free single-use plastic bags to customers.

The ordinance received a hearing before the Committee on Health and Environmental Protection Tuesday, but it did not produce a vote ahead of the next City Council meeting June 26. Moreno noted that the ordinance needed more aldermanic support. However, the person whose opinion really counts, the mayor's, hasn’t been made public. The llinois Retail Merchants Association is continuing its opposition, saying that if stores won’t be able to use the flimsy plastic bags, it’s like a “tax on retailers." There’s no logic here, and it ignores the unfairness of the status quo.

I’ve been bringing my own bag for years, yet I’m still paying the hidden costs for those bags in my purchases. And it’s not just the more progressive stores like Whole Foods and Trader Joe’s that offer incentives to customers who don’t use store bags. A recently opened family grocery in our neighborhood offered me a 1% discount off my purchase for bringing my own bag! I was impressed, since it actually reflected the volume of stuff I purchased, and thus the number of bags I didn’t use.

Plastic bags should be paid for by those who use them. It’s only fair, it makes sense, and we’ll all benefit. There’s an online petition you can sign. And if you’re interested in this issue, check out the Facebook page Bring Your Bag Chicago or this informative website plasticbaglaws.org.
Eco-Tip