Backyards rebate, Tuesdays at the Triangle 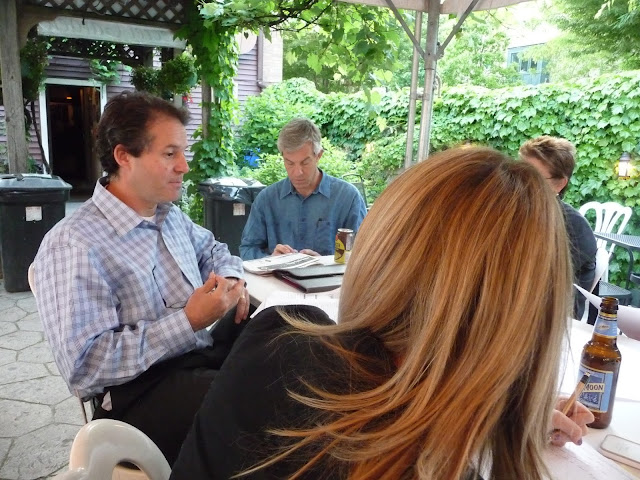 You can receive rebates of up to 50% toward the purchase of compost bins, rain barrels, trees and native plants. For more info, to submit online, or to print out forms to mail in, go to http://sustainablebackyards.org

On another tree note, the city Department of Forestry has been treating ash trees on a rotating cycle of every 3 years. The new tag color denoting a treated tree is red. Call 311 if you notice a tree with an old tag that needs to be treated.

Polish Triangle
Stop by the Polish Triangle on Tuesday evenings from 6-8pm for the Tuesdays at the Triangle event series. There will be school performances, theater groups, food trucks, music, dance and much more. If you are interested in performing or have a programming idea, please go to http://oururbantimes.com/events/call-entries-tuesdays-triangle to sign up and to find more details.

EVA is involved with the Polish Triangle Coalition and wants to continue to help with reinvigoration of the Triangle. There have also been some ideas to retile the fountain and to install canopies over the CTA entrances & exits.

Evil Olive is under new ownership, and the new owner has reached out to the coalition to see how he can cooperate and be a part of the improvements in the area.

Commercial Park
There will be a block party and potluck on Saturday, June 16 [since postponed] from 12-9pm on the 1800 block of Rice Street (from Wood to Wolcott). The event is free and there will be games, bounce houses and a dunk tank.

There is a new yoga teacher for the Thursday adult yoga classes; $5 donation. For kids there are many activities such as Green Growers at 4:30pm on Mondays and art on Wednesdays at 4pm.

Snowberry, Honore & Superior pocket parks each got a grant for new equipment in Spring 2014 thanks in part to a petition signed by many at a previous EVA membership meeting. http://commercialpark.org

St. Boniface
The new developer of the St. Boniface senior housing development is trying to save the building once and for all through securing funding including tax credits from the Illinois Housing Development Association. EVA would like to provide a community letter supporting the tax credit.

Marshfield & Paulina
The site is currently zoned B (retail below, residential above) and EVA has asked for a change to RM4.5 as the current zoning is not appropriate at this location. The developers want to build as-of-right, which would not require setbacks.

Garden Gourmet
The liquor moratorium has been lifted and Garden Gourmet Market is in the process of applying for a license at 1130 N. Ashland Ave. The owner has agreed to the Plan of Operations to run concurrently with the license.

Miller Lumber
Currently in permitting, the building at 1815 W. Division St. will now be 35 units, down from the originally planned 39 units.

1850 W. Chicago Ave.
The planned development is still at 39 units in 3 buildings with retail at the ground level as well as some live-work units. Fifield Cos. has closed on the property and a short video about the project can be seen here.

Public Safety Association
Anne Shaw spoke about a free Chicago Neighborhood Safety event on Tuesday, June 11 from 7:00-8:30pm at 1758 W. Grand Ave. The event aims to have a discussion about ways to work together to make our community safer, give an understanding of the CAPS program, talk about fireworks safety and anything else the community would like to discuss. The Output restaurant will provide food and drinks.

LaSalle II
The Do Division fest kids area was well attended and the biggest yet according to festivalgoers. Part of the proceeds from Do Division will go to Pritzker & LaSalle II schools. LaSalle II has also hired a new principal.

Priztker
Pritzker has been recognized as one of the highest performing schools in the city.

Ashland Bus Rapid Transit (BRT)
In this new plan, there would be El-like stations along Ashland with level stops from the platforms onto the busses. The first test would be 6 miles from Cortland to 35th. The Ashland bus would be supplemented by the BRT.

One negative effect mentioned could be that the BRT plan will take pressure out of the possibility of a circle line. One positive effect pointed out would be the inevitable improvements to the Polish Triangle.

We will discuss the BRT at the July membership meeting (Monday, July 1 at 7pm in Happy Village). For more information, go to http://www.transitchicago.com/ashlandbrt/