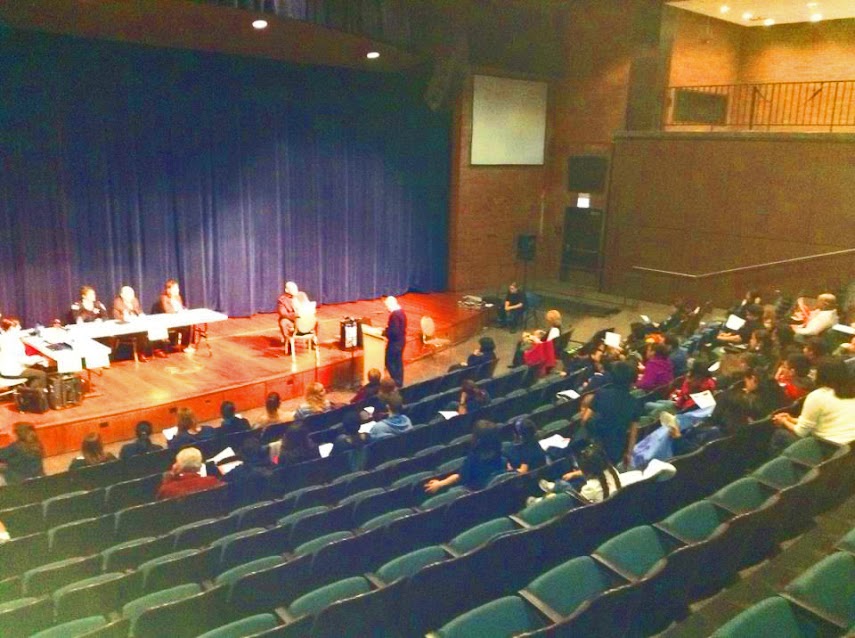 About 50 community members testified at an April 8 meeting on the Peabody-Otis school merger. Next hearing is 5-7pm Friday at Clemente High.

West Town Library community event sponsored by Redbox
Redbox contacted the West Town library to fund a community connector event, to promote the creative-artist community. Redbox has chosen five U.S. cities, Chicago being one of them, and only West Town library was selected. Gladys Anselmo is spearheading the event, expected by July or September. Other community organizations (Chicago Grand, Eckhart Park, Commercial Park) were contacted.

Suggested ideas include displaying artwork on building and library windows (vendor contacted for projection on building); festival during the day in open parking lot (from 12-8pm); vendor booths. Free for visitors to attend, with Redbox to pay for all setup. Local business owners and artists to be contacted; stipends for performers.

Due to timing constraints, decision was for Redbox to first sponsor smaller cities and Chicago for later to allow more planning time.

Peabody School closing
Stephen Rynkiewicz represented EVA at Monday's community meeting. Comments and questions were recorded by notetakers, for response at a later date. The draft consolidation plan does not indicate how curriculum would be added at Otis Elementary to accommodate an influx of new students. The EVA board wants concerned parties to weigh in on next steps.

Paulina & Marshfield development
Developers have not been clear on their intent, making it difficult for EVA to address their zoning change request. Scott Rappe will follow up with developer's architects to figure out exact plans.

Fashion Fest
Organizers have been working on getting proposal together. EVA to push for a standard proposal submission by festival organizers rather than for EVA to request info.

Sidewalk cafes
With the upcoming summer season, several cafes have been expanding out to sidewalks. Quite a few are violating use of the sidewalk. Board members suggest community outreach to vote and weigh in on good and bad cafes.

Liquor moratoria
Concern from other businesses about the "craft beer" term in the agreement with Garden Gourmet. McKnight was contacted on whether the intent was to limit sale of beers to only craft beers and promote local breweries. EVA reiterated the intent was to limit alcohol price point and reduce type of customers that would purchase them (who would otherwise cause problems for the neighborhood).

1001 N. Winchester
Building is being redeveloped as a brunch and dinner restaurant. Owner Chris Pappas removed bench in front of property given concerns about loiterers, and agreed no outdoor cafe. Vendors won't use large trucks for deliveries, and the entrance is being moved to Augusta. Employees will not apply for parking permits in the neighborhood to reduce traffic stress.

Development report card
The suggestion from Peter Locke of Local First Chicago is to look at East Village and figure out metrics for community development (e.g. walkability score), how development plans affect the metrics. UIC interns (urban planning grad students) may assist in the project.