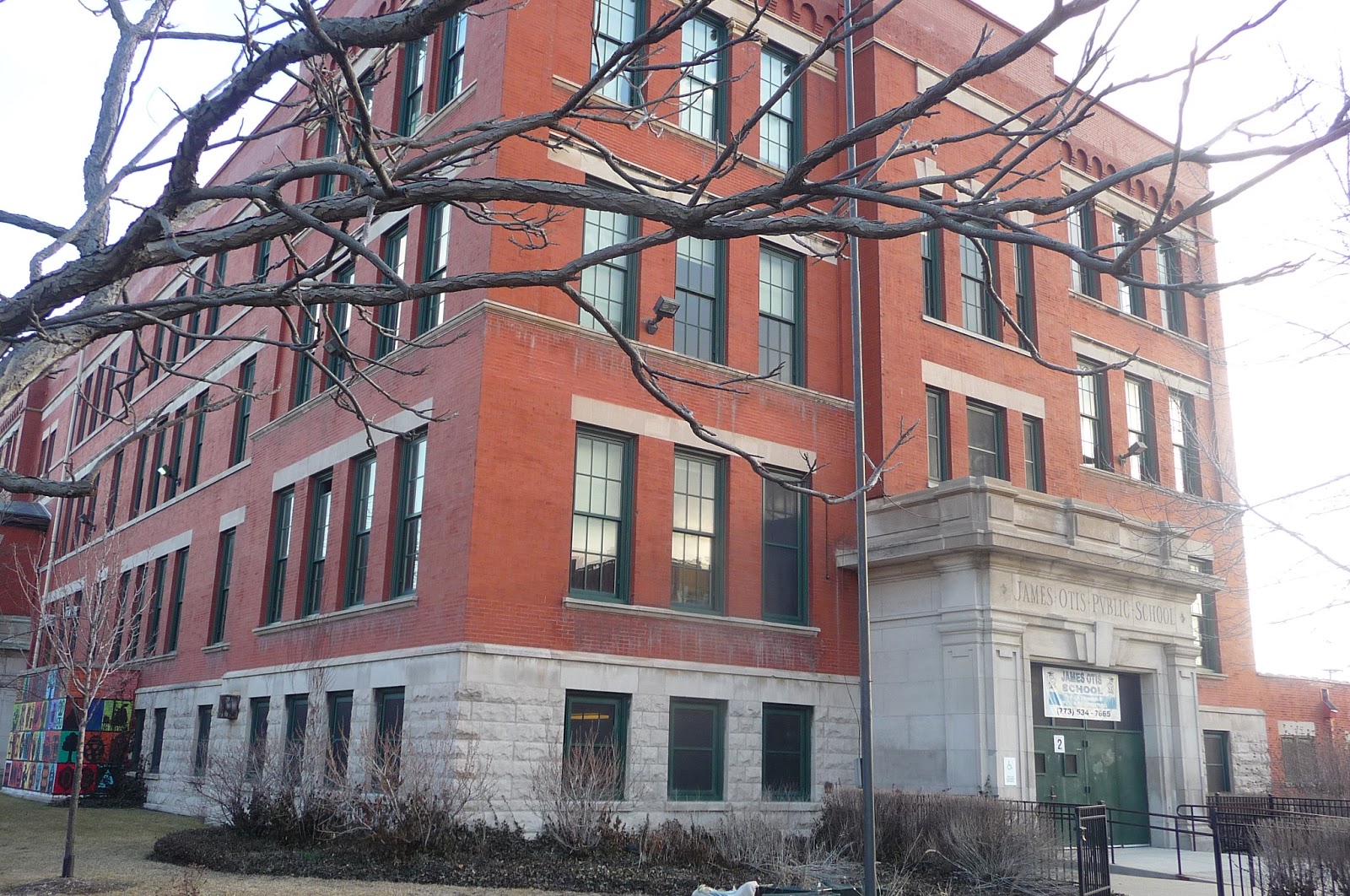 Hearings on the proposed closing of Peabody School are scheduled for 5pm April 8 and 12 at Roberto Clemente High School, 1147 N. Western Ave. Whether or not the merger plan proceeds, the schools face formidable resource issues.

Students at Peabody would move a mile south into Otis Elementary, a language magnet school at 525 N. Armour. Otis would add an open-admission track for East Village pupils east of Ashland Avenue.

Peabody is one of 61 sites the Chicago Public Schools plans to close in an attempt to conserve resources. Chief executive Barbara Byrd-Bennett sought to reassure parents in the run-up to the March 20 announcement. "As a life-long educator, former teacher and principal," Byrd-Bennett wrote in a letter to parents, "I know that consolidating underutilized schools will allow us to focus our resources so that every child can be in a safe, better performing school close to their home."

Byrd-Bennett's formulation of safety, performance and proximity is a good starting point in evaluating the draft transition plan circulated to Peabody parents. The plan is subject to change with input from the Clemente meetings and an April 18 hearing at the CPS central office, 125 S. Clark St.

Students cited crossing gang boundaries as a concern in the first round of hearings on West Town school closings. Without alluding to gang issues, the transition plan proposes to place more Safe Passage crossing guards in the neighborhood. The yellow-vested workers already are stationed along Ashland Avenue before and after classes at Wells High School, 936 N. Ashland Ave.

Otis is the better-performing school on state tests, but as an open-enrollment school Peabody isn't exactly comparable with Otis, a selective enrollment school. Last year 82% of Otis tests met state norms, compared with 64% at Peabody. Otis is a Level 2 school in good standing, while Peabody is on probation for its low proportion of tests exceeding state standards. CPS pledges an administrator to supervise the transition, and discretionary tutoring or coaching resources at both schools.

Otis is also the bigger school, now judged at 61% of "ideal enrollment" with 475 students, compared to 50% at Peabody with 287. But a merger could prove taxing to Otis: Combined enrollment would be 98% of the CPS' optimal headcount of 780, a number based on 30 pupils in each of Otis' 26 homerooms. The CPS analysis conducted last year suggests an "enrollment efficiency" range as high as 936, or 20% over the target.

The merger would not get any Peabody pupils closer to home, since Peabody's enrollment boundary stretches from Division Street to Chicago Avenue and Otis sits close to Grand Avenue.

The merger summary promises air conditioning in every classroom at Otis. A 2010 capital assessment estimates $5.7 million in heating, plumbing, lighting and other renovation needs, compared to $3.3 million in boiler and other repairs at Peabody.

Unlike Peabody, the Otis campus is "minimally accessible" under the Americans with Disabilities Act, meaning floor and room access can still be restrictive. Special-needs services will continue to be provided at the new school. Both have a half-day preschool.

Parents can apply before April 19 to fill vacancies at other magnet or community schools, but the available options also fall outside the Peabody limits. The nearby Near North citywide special-ed school at 739 N. Ada St. is being merged into Montefiore Academy, at 1310 S. Ashland Ave.

The plan does not address Peabody's disposition after it is shuttered. Its two buildings are just west of Northwestern Settlement House and Noble Street College Prep charter high school.
Schools Stephen Rynkiewicz