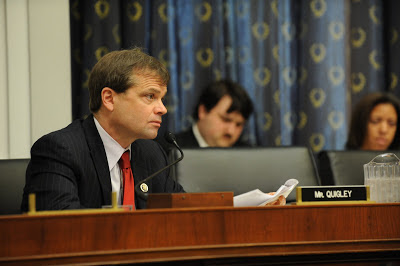 When members of the 113th Congress were sworn in Jan. 3, East Village got a new congressman: Mike Quigley.

The southern edge of Illinois' 5th congressional district now ends roughly at Damen, Grand and Milwaukee avenues. Aside from Goose Island, it's the only stretch of Quigley's North Side turf that extends past Division Street. East Village now has three aldermen (maybe more during the ward remap transition) but only one congressman.

Rep. Quigley, a former Cook County commissioner, was elected to the House four years ago. In this session he'll have a role in the budget debate as Illinois' only representative on the House Appropriations Committee. Rep. Quigley is also the state's regional whip in the Democratic caucus, and has been the ranking member of the subcommittee on TARP, Financial Services and Bailouts of Public and Private Programs.