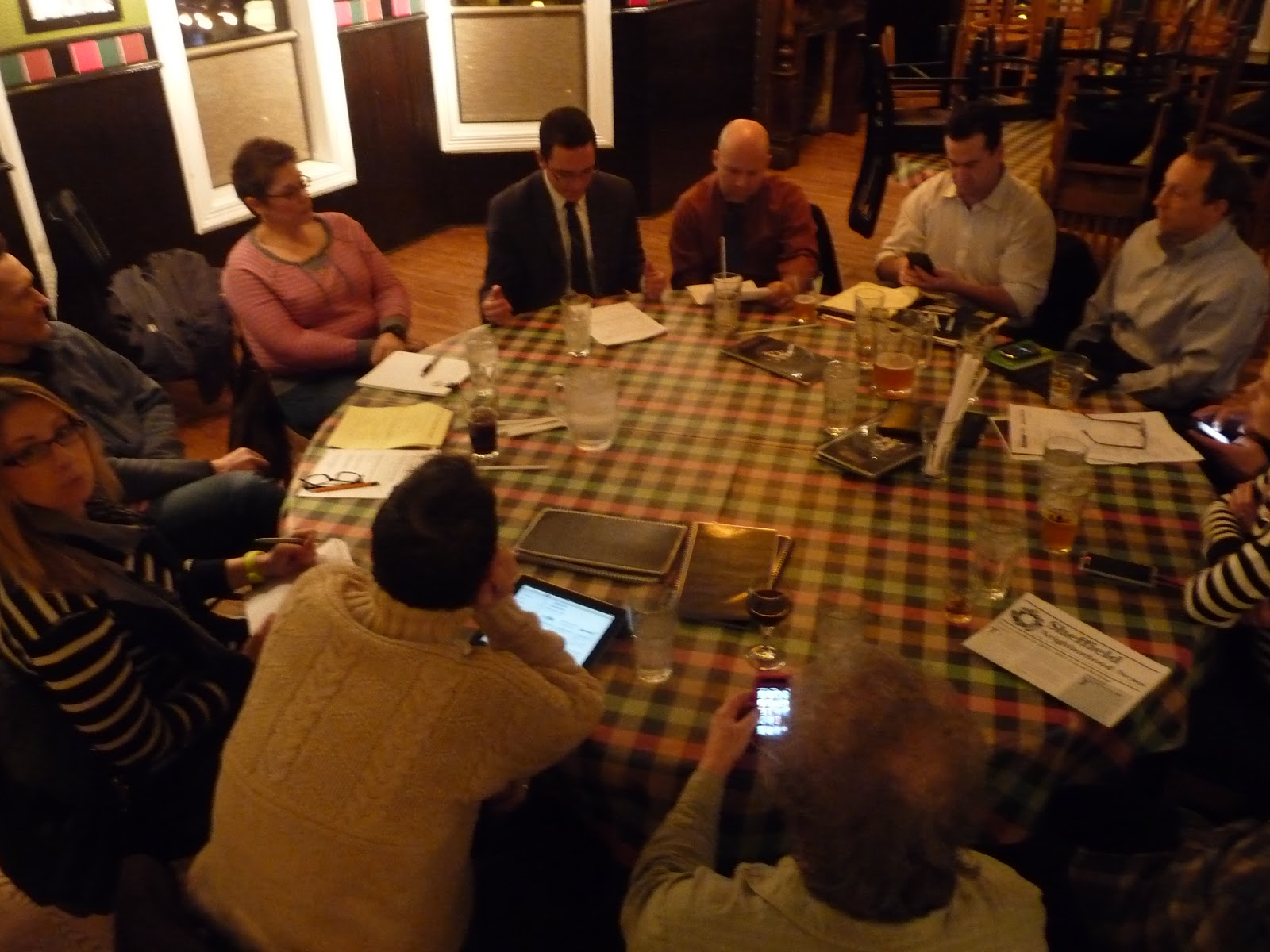 Liquor moratoria discussion with Ald. Moreno
Garden Gourmet Market on Ashland just south of Division has requested a liquor license to sell wines and craft beers. There is currently a moratorium in place at this location, but Ald. Proco Joe Moreno would like to lift it to grant Garden Gourmet a package-goods license. Moreno contends that there have been several community meetings and the community as a whole does not have a problem with a small grocer/market selling beer and wine, as it is not a liquor store.

There are about 20 moratoria in place currently, and three recent requests to lift them -- two on Division and one on Augusta & Damen that was lifted and put back in place. Moreno stated that he wants to support local business but prevent nefarious liquor sales, and requests that EVA support his lift of the Ashland moratorium.

McKnight would like to be able to sit down with the owner of Garden Gourmet to talk about the details of his proposed plan of operation. Some neighbors on Marshfield have concerns about allowing a license. McKnight suggests that part of the plan of operation include an audit and complaint procedure so the community has recourse to incidents relating to the business.

The liquor commissioner has informed Moreno that the plan of operation can be very detailed, even to include only certain brands of wine, beer or other spirits. With the support of EVA, Moreno would agree to leave other moratoria in place for the remainder of his term. EVA has stated its support of keeping moratoria in place, as working on liquor issues as they are raised makes it difficult to spend time on improvements to the neighborhood.

Since EVA recently drafted a letter against the lifting of any moratoria for three years, the board feels it is important to bring the Ashland moratorium to the membership for a vote. Per EVA’s usual process, the issue will go to the Planning, Preservation and Development Committee, which will make a recommendation to the membership. EVA would like Ald. Moreno to speak on the issue at the March 4 meeting.

4am liquor moratoria
Ald. Moreno also disclosed that he is investigating a ward-wide 4am liquor license moratorium. He is working on reaching out to all community groups throughout the ward to discuss this issue, and expects that to be able to put it in place by next year, barring new information that comes to light during the community meetings.