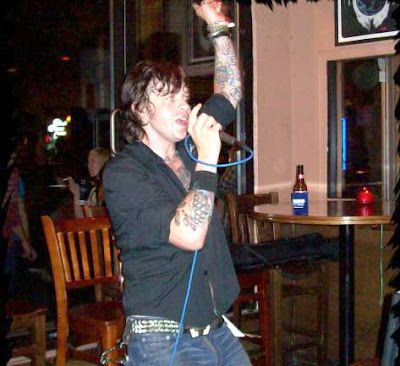 East Village Association members will vote Monday on whether to keep the current local freeze on new liquor licenses. Then they'll hear from a current license-holder that wants another city license.

High Dive Chicago at 1938 W. Chicago Ave., described on its Facebook page as a "great neighborhood bar with an amazing indie rock jukebox," is seeking an amusement license that allows live music and other paid entertainment. Alex Tsolakides of High Dive says the city requires the permit for karaoke, disc jockeys and a third coin-operated machine (a shuffleboard game).

Music would be in High Dive's windowless party room no later than midnight, Tsolakides said in an e-mail. "We try to be harmonious to our neighbors and landlord (who lives above and is in support of our PPA application) and respect the boundaries of decorum," he said.

Ald. Scott Waguespack (32nd Ward) has asked for advisory votes on the license from EVA and the neighboring Ukrainian Village Neighborhood Association.

The liquor resolution, published here, supports maintenance of the existing liquor moratoria for three years, during which EVA will not consider any requests to lift the license freeze. Background on the issue is posted here, and the rules for who can vote are here.