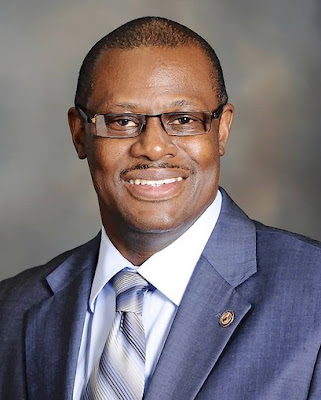 Tuesday's primary election isn't just about the Republican presidential race. Chicago Democrats had to take notice when State Rep. Derrick Smith, who represents much of Ukrainian Village, was arrested this week on a federal bribery charge.

Smith remains on the ballot, and for some observers he remains the favorite against Tom Swiss, a onetime Cook County Republican Party director running as a Democrat. The Chicago Tribune "retracted" its endorsement and suggested several ways the race could play out, including a Democratic replacement or independent challengers in the November general election.

All three candidates answered the Independent Voters of Illinois-Independent Precinct Organization questionnaire, which asked how they would include voters in the decision to replace candidates. Juarez said he would look to his ward organization for direction. Shaw stated that there should be public meetings. Moreno pledged to follow the results of a community vote.

The East Village Association does not endorse candidates and bars them from serving as officers. Juarez and Shaw are EVA members, and Shaw was vice president in 2004.

Ward committeemen also slate candidates for judge. Various bar groups rate their qualifications, and the Chicago Appleseed Fund for Justice website provides links to the evaluation results. But committeemen put judges on the primary ballot, which is why judicial candidates will be out this weekend handing out fliers, palm cards, emery boards and the like.

Check your polling place or registration status for the March 20 primary at the Chicago Board of Election Commissioners website.