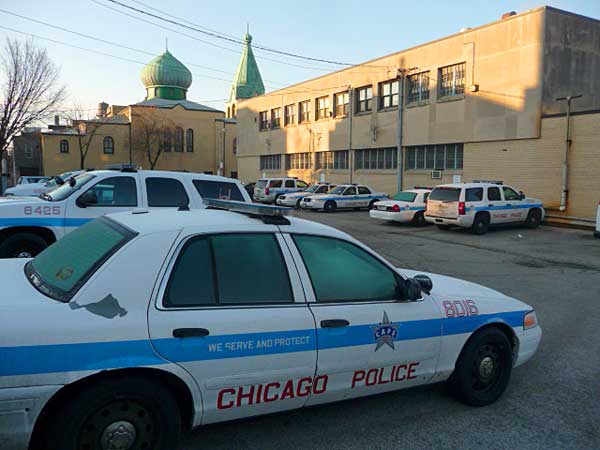 Mayor Rahm Emanuel has laid down markers on the site of the soon-to-close Wood Street police station, promising something “innovative, impressive and appropriate” with a police presence.

Ald. Proco Joe Moreno reveals this news in his constituent newsletter four months after Emanuel announced that the city would close the 50-year-old 13th District station house at 937 N. Wood St. as a cost-cutting measure. Moreno now is selecting volunteers to name the site's new role.

"I will be involved in the discussions, but this group will make the decisions," Moreno says.

Making an impression there is certain to be a challenge: Moreno's advisers will be bargaining with the cash-strapped city as tbey determine the scope of the transformation./p>

The 1st Ward alderman named Catherine Garypie and Tony Duffy to the working group and is seeking a third member. "Ideally, this person should have lived in and improved the community for, at least, five years," Moreno says. "This person needs to be an effective communicator and someone able to represent and reflect the thoughts and feelings of their neighbors."

He described Garypie and Duffy as "longtime community activists" but offered no details from their resumes to suggest why he chose them.

"Ald. Moreno missed an opportunity by not including representatives of local community groups in this working group," East Village Association vice president Neal McKnight said Thursday in a post on the EVA Facebook page. "Our local community organizations have a wealth of experience, knowledge and expertise to offer to this process. Let's hope he reconsiders."

Two members of Chicago Grand Neighbors Association had volunteered for the committee after Moreno signaled his intent to form the group at a Jan. 15 CGNA meeting, said president Lyn Wolfson in an e-mail message. In a followup memo, Wolfson clarified that she would tell the two CGNA to apply for the open spot on the panel. Wolfson suggested that CGNA and EVA representatives review the nominees' credentials.