What's next for Chicago Bowl site? 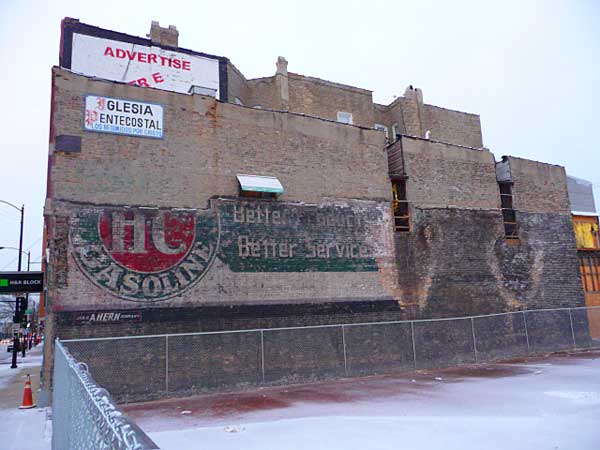 The long-shuttered auto warehouse at 1834-50 W. Chicago Ave. is gone, along with plans to locate a performance space there modeled after the Brooklyn Bowl nightclub in New York. A chain-link fence with concrete footings now surrounds the property.

Plans for the former AAA Distributing Co. building are unknown, but changes may have been triggered when the property recently cleared probate, East Village Association vice president Neal McKnight says. Razing the structure removes a barrier to potential development, McKnight suggests, and rates a modestly lower property tax bill as a vacant lot.

Brooklyn Bowl managing partner Peter Shapiro confirmed to EVA that his development group abandoned plans for a long-term lease of the building. Renovation costs were higher than expected, Shapiro said, and the Chicago Bowl developers grew more concerned that big concerts might overwhelm the area's traffic and parking capacity. The group continues to scout Chicago locations for a music venue, restaurant and bowling alley. 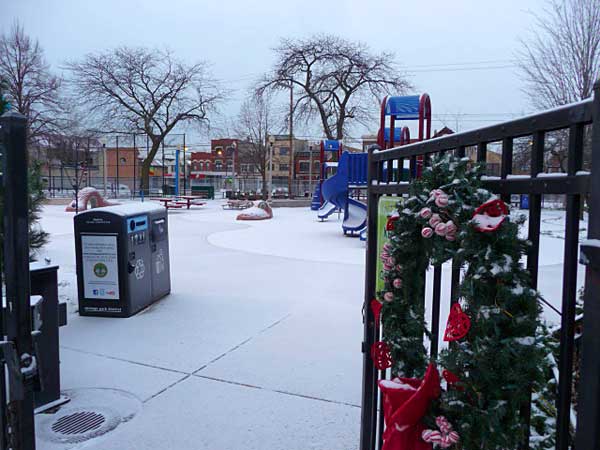 Budget limits now make such a park acquisition unlikely. With Eckhart Park and Smith Park each a mile away and Humboldt Park 2 miles, the Park District does not view the area as under-served.