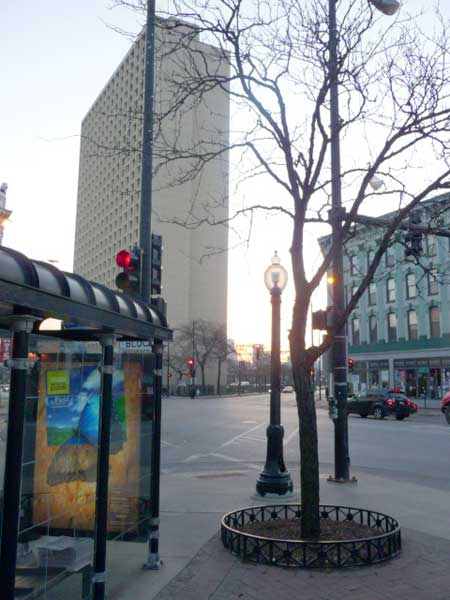 The Polish Triangle overlooks the Noble Square Cooperative high-rise at 1165 N. Milwaukee Ave.
Developers are raising their sights for the former Pizza Hut corner lot at 1601-15 W. Division. Current plans involve an apartment building rising stories higher than the CVS Pharmacy across the street, at the Polish Triangle intersection with Ashland and Milwuakee. 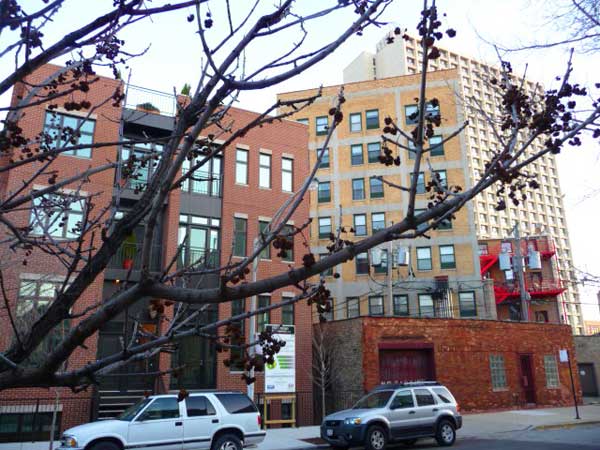 New condos at 1530 W. Haddon are in the shadow of Lewis Towers and Noble Square Co-op.
In October, Buono filed plans with the city for an 80-foot-high planned development. The design called for rental apartments above a bank at 1148 W. Ashland, with a drive-through lane exiting to Ashland and additional storefronts along Division.

The building was to be roughly even in height with the former MB Bank building at 1200 N. Ashland. Two taller structures approach the triangle, Lewis Towers at 1170 N. Milwaukee Ave. and Noble Square Cooperative at 1165 N. Milwaukee Ave.

Since the Pizza Hut was closed in 2007 several proposals have envisioned a single-story drugstore or bank in its place. EVA has been seeking a higher-density mixed-use building as a gateway to the neighborhood and a complement to the Blue Line transit hub.