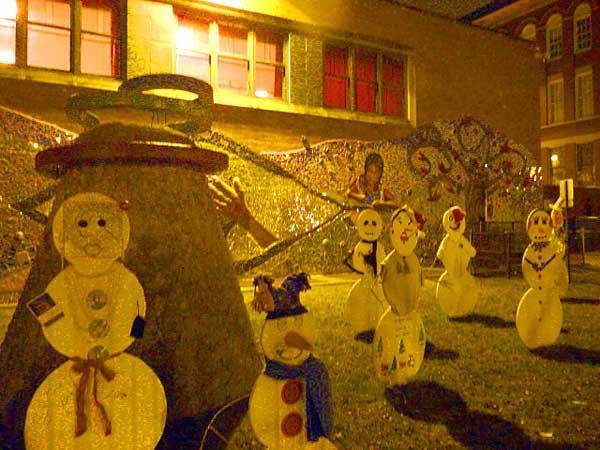 Significant time and energy has been devoted by Principal [Suzanne] Sheehy, the administration, staff and parents (including many East Village Association members) to make LaSalle II a superior academic environment. At the core of this effort is the world language curriculum and smaller class sizes.

In addition, when LaSalle II was founded the Chicago Public Schools in negotiation with former Ald. Manny Flores committed to enrolling 50% of new students within 1.5 miles of the school. The rationale for this percentage was to develop a community vested in both LaSalle II and the surrounding community. This formula has been an unqualified success.

We believe that increasing enrollment without a corresponding increase in resources and physical space may threaten the gains made by LaSalle II. After conferring with members of the LaSalle II community and the LaSalle II Parent Teacher Organization the East Village Association has a number of concerns and requests.

1. The Chicago Public Schools should honor and recommit to enrolling 50% of all new students from the 1.5 mile area surrounding LaSalle II as originally negotiated by Alderman Flores.

2. Before any new students are enrolled, the Chicago Public Schools should commit to maintaining the world language curriculum. The LaSalle II parent community has communicated to EVA that this curriculum has been integral to the success of La Salle II.

Currently LaSalle has a computer lab, 5 language rooms, and 2 special needs classrooms. If the Chicago Public Schools increases enrollment at LaSalle II, additional classrooms (including the accompanying increase in teachers and staff) must be dedicated to the world language curriculum.

3. Any increase in enrollment must be combined with a commitment to maintain class sizes at the current magnet school standards and in no case more than 30 students per classroom.

The development of the LaSalle II Magnet School has come through an ongoing partnership between Ald. Moreno's office, the LaSalle II community and surrounding community organizations. We call on the Chicago Public Schools to respect the efforts of these stakeholders before imposing enrollment changes on LaSalle II.
Schools