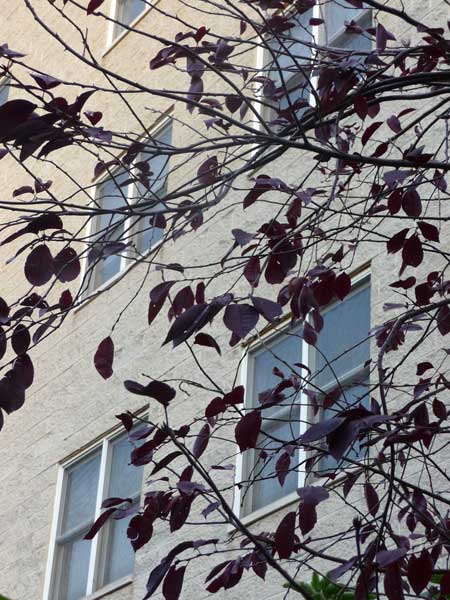 Members of the East Village Association can discuss their concerns Monday with Mark Duntemann, who led the East Village tree inventory in April. A representative of the city's forestry bureau also is invited to the meeting at Happy Village, 1059 N. Wolcott.

EVA members again are encouraged to bring unwanted leaflets hung on doorknobs or gates, slipped underneath doors, tucked under windshield wipers or taped to lampposts – all violations of Chicago's handbill distribution ordinance.

Mayor Rahm Emanuel's budget proposal for next year allocates $12.1 million to forestry – a 5.5% cut from this year's appropriation and 8.5% off actual 2010 spending.

(The blue ribbons girding trees on Damen Avenue and elsewhere aren't markers for the forestry crews. They were part of Sunday's Save the 13th District Police Station protest of police budget cuts.)

This spring the city shifted Streets & Sanitation resources from forestry to garbage pickup, eliminating 7 of the 25 forestry crews.

Duntemann, owner of Natural Path Urban Forestry Consultants, will discuss how East Village can work with the city to get trees planted along Augusta Boulevard and throughout the neighborhood. Volunteers conducted the April tree census to set the stage for tree planting along Augusta Boulevard, Chicago Avenue and Division Street.

The forestry bureau, other city agencies and the Cook County Forest Preserve all plant trees in Chicago. Two years ago, the city made a commitment to expanding Chicago's tree canopy as a way of mitigating greenhouse gas emissions.