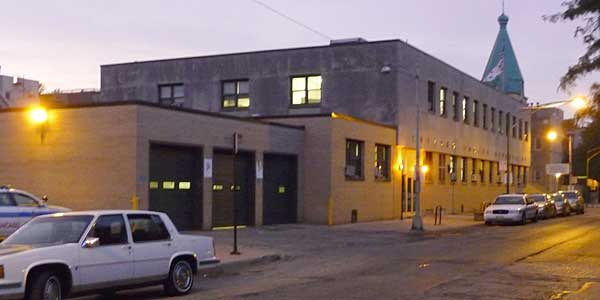 A rally at 5:30 p.m. Monday aims to show support for continued operation of the 13th District police station.

Ald. Proco Joe Moreno plans to attend the event at the station house, 937 N. Wood, and will "make some comments about his support for strong police presence," said CAPS beat coordinator Molly Murray in an e-mail.

Mayor Rahm Emanuel delivers a 2012 city budget proposal Wednesday. News reports suggest that Emanuel is looking for $190 million in cuts without reducing the Chicago Police officer headcount. A budget that consolidates police districts would put Moreno under pressure to accede to shuttering the Wood Street station.

A likely scenario would fold the Wood Street district into the adjoining Shakespeare (13th) district, based at 2150 N. California Ave., and the Monroe (12th) district at 100 S. Racine Ave. Patrols north of Division Street already are based out of the Shakespeare district.

An online petition to save the 13th District police station had attracted 725 signatures early Monday morning. The petition goal is 1,000 signers, according to Lyn Wolfson of the Chicago Grand Neighbor's Association.

The petition states that closing the station would shift staffing decisions to "bureaucrats and administrators who know and care little of our neighborhood." Organizer Anne Shaw goes further in comments on Facebook and Everyblock, contending that half the patrols would be reassigned outside the current district (roughly Kedzie to the Chicago River and Division to Madison, Ogden and Kinzie).

The station's prospects were discussed at last week's East Village Association membership meeting but members took no action. EVA directors are expected to review the issue in its meeting after the rally, at 6:30 pm in Leona's Restaurant, 1936 W. Augusta.