One more election at Happy Village 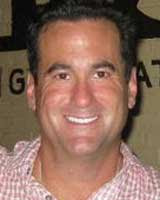 It’s that time of year again for the election of East Village Association officers. And that also means it’s time for the EVA membership to step up and exercise their voting rights one more time and vote for the EVA officers for this year.

We have one new candidate running for treasurer. KK Goh has written a profile on his background and is eager to make a contribution to the organization.

We are very fortunate to have the remainder of the officers re-pledge their time, energy and talents to EVA. With the influx of some new blood from KK and the experience and continuity of the existing board I think we are posed for a great year!

Please join us at the March EVA general meeting and bring your support for our candidates for this next year. The meeting will be at 7 p.m. in the Happy Village, at Wolcott and Thomas streets. I want to make sure that everyone gets the chance to vote for the officers of their choice. Please join us.

A few years ago, working with the city landmarks staff I put a rooftop deck on my building with a hot tub, barbecue fire pit and workout area. In the summer, when I'm having friends over for dinner and drinks on the deck, I feel like I'm on vacation.

As a real estate developer and Realtor, I've responsibly worked on several major projects in the last two years within EVA boundaries, with more in the West Town area.

Looking back at the last year, I'm proud of what we have accomplished as a board and organization. We really have a superstar board of very smart, talented and dedicated people.

Our vice president, Neal McKnight, is a very intelligent attorney. His background has been a huge resource for us as he has helped us sort through various legal matters and taken care of some of the nonprofit legal work for the association. Neal demonstrated his integrity by recusing himself as Planning, Preservation & Development chairperson on the Bleeding Heart Bakery/Roots issue, as that project is pretty much in his backyard. I felt we worked great together as a team. I really respect him.

Our treasurer, Nicole Semple, did a wonderful job for us. Nicole selectively weighed in on issues, but when she did, her viewpoint was always well thought out. She was willing to re-run as treasurer if we could not find any other candidates, as she is truly committed to East Village. We should all thank her for her contribution this past year. I certainly do.

Our secretary, Dana Palmer, is a total rock star as far as I'm concerned. Dana did tons of work on behalf of the organization including her membership work, and creating detailed takeaways and minutes for each meeting. This really helped us stay on task as a board. Further, Dana is about the nicest person you could ever meet and was a calming, consensus-building presence on the board.

Tom Tomek also made a huge contribution on the board in 2010. Tom contributed to the barbecue, applied his graphic design talents on the new signs and the barbecue, and was always an enthusiastic and positive influence. Tom often seemed to take a role that helped differing viewpoints on the board find consensus. Tom has taken on multiple roles for us including reporting on CAPS and on LaSalle for EVA.

Scott Rappe as Planning, Preservation & Development chairperson is a neighborhood treasure. Scott's contribution to EVA over the years is almost immeasurable. Its no secret that Scott and I do not always agree on issues, but I always respect his viewpoint and more importantly him as a person. I was especially impressed with Scott's effort to accommodate Galleria Liquors as he worked with Aaron Bilton and Neal to create a very creative approach to allow for development, yet protect the organization at the same time. Scott's architectural knowledge, history of EVA and positive style was a huge benefit to EVA.

Steve Rynkiewicz as Newletter/Website chairperson did an incredible job for us for yet another year. Steve launched our Facebook page and really took our website to another level in 2010. Without Steve's effort, EVA would not have anywhere near the cachet or impact that it currently enjoys. Further, Steve is incredibly intelligent, and has a wealth of knowledge about the East Village and government.

Aaron Bilton, former EVA president, has been a great mentor for me in my role. Further, it was his leadership that helped allow for the merger of the East Village Neighbors and the East Village Association. Further, Aaron is another laser-sharp attorney and has helped on numerous technical issues especially on the liquor moratoriums.

And as far as myself, I think I did one thing very well: I assembled a sensational team. We have dramatically improved the civility of the organization with the elevation of Respect which was also a major priority.

Looking back at the last year some of the highlights include:
• Remerging of EVN into EVA.
• The Respect By-law amendment debate.
• The Trees on Augusta initiative.
• A new 1st Ward alderman and the effort to maintain continuity.
• New EVA signs, board meeting location change, and a new mailbox location.
• Galleria Liquors' request to lift a liquor moratorium.
• The Polish Triangle placemaking project.
• The summer barbecue.
• LaSalle II school.
• Chicago Bowl.
• The Christmas party at Jerzy Kenar's gallery.
• Bleeding Heart Bakery & Roots.

If I'm elected president in 2011 my goals in my final terms as president would be:
• Promote the schools in the East Village with emphasis on Wells and LaSalle.
• Promote the adoption of Saints Mary and Elizabeth Medical Center by the community.
• Garner greater participation of the community by increased use of social media and the new business section of the general meetings.
• Promote responsible development.
• Build the cachet of the East Village through landmark signage, East Village signage, social media, proactively seeking the right type of development, and the Augusta tree project.

It has been a lot of work, but I can honestly say that I've enjoyed the challenge and opportunity to serve as president and appreciate all the support I've received.
About EVA Luxe On Chicago President's Message