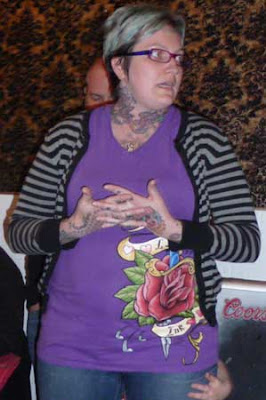 Scott Weiner did a presentation regarding Bleeding Heart Bakery and their request for a special use permit to allow a second floor patio/deck. Weiner stated that the deck would be used as often as possible to host various special events and would be used by the bakery and the adjacent Roots building. Michelle & Vinny Garcia, owners of Bleeding Heart Bakery, expressed their desire to have the patio for gardening and composting as well as hosting weddings.

Much debate on concern was raised regarding hours of operations, liquor usage and noise to the neighborhood. Much frustration was also expressed about Weiner's lack of concessions in regard to the Roots building adjacent to the bakery that he is also involved with. However, the final vote was regarding solely the Bleeding Heart Bakery and their desire for the special use permit to allow for the patio/deck.

Scott Rappe made a motion: “The East Village Association supports the Bleeding Heart Bakery receiving a special use allowing them to get a permit for a rooftop deck at 1916 W. Chicago Ave.” The motion was seconded. There was much confusion about membership and what dues had been paid and up to date. Therefore, everyone present was asked to cast a vote on a post it with their name on it and the votes would be tallied and names would be checked against a final updated membership list after the meeting.

Those individuals who thought they were paid members through PayPal but were not on the PayPal list of paid members were asked to email their PayPal receipts to Dana Palmer so that the membership list could be accurately updated and so that their vote would be counted. Prelinarily, the motion passed 29 to 9 with 19 unconfirmed votes. 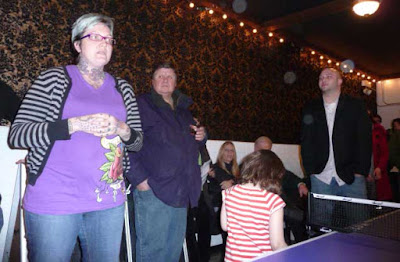