Make one thing clear: the sidewalk 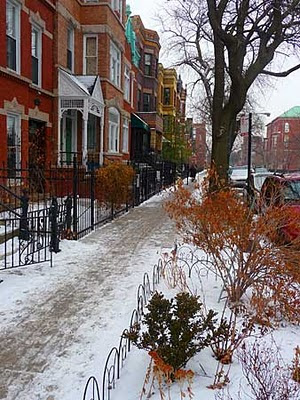 Yes, you have to shovel the sidewalk. It's the law.

The Chicago Municipal Code says property owners must shovel their front sidewalks, by 10 a.m. for an overnight snowfall or within three hours of a daytime storm. And you must scatter sand or "similar suitable material" on the icy patches.

You do get Sundays off.

The ins and outs of snow clearing will be explained Feb. 7 when 1st Ward Streets & Sanitation Supt. Manuel Gonzalez visits the Happy Village for the East Village Association's Feb. 7 meeting, starting at 7 p.m. at Wolcott Avenue and Thomas Street.

That is, Gonzalez will be there if Wolcott and Thomas don't need plowing first.

Also scheduling an appearance is Ald. Proco Joe Moreno, who has said Streets & Sanitation can be run more efficiently if it weren't organized by ward. Lately the 1st and 32nd wards have experimented with a grid system for trash pickup in adjoining alleys.

Moreno told the Tribune and Channel 7 that a full-fledged grid system, and a privatized recycling program, could save the city $18 million a year. 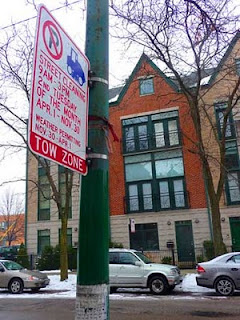 Garbage and recycling often come up in Streets & San discussions. Gonzalez will be prepared to talk about who owns the bins, where to keep them and how to make better use of blue recycling bins.