A new leaf for Augusta Boulevard? Tree planting talk is in the air 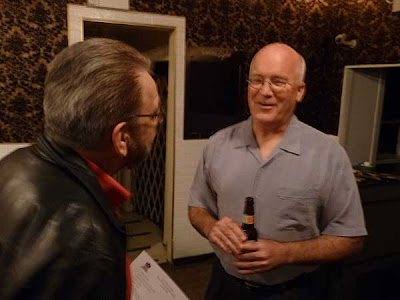 New President Greg Nagel started the meeting by announcing the merger of East Village Neighbors with the East Village Association. He also announced that the new 1st Ward alderman, Joe Moreno, will be speaking at EVA's May 3 membership meeting. It starts at 7 p.m. in the Happy Village, at Wolcott and Thomas.

The key speaker, arborist Mark Duntemann, spoke regarding urban forestry and the desire of East Village residents to have trees planted on Augusta Boulevard.

Three main goals of urban forestry, Duntemann said, are to increase canopy over time, sustain canopy over time and have health canopy. To accomplish those goals requires the right amount of space and soil volume for each tree. The current Chicago tree initiative plans to double the tree canopy in Chicago in the next 20 years, Chicago now has a 17% tree canopy.

Duntemann provided Chicago contacts to get Augusta Boulevard evaluated for tree planting. The city Forestry Department can be reached by calling 311. The organization Green Streets, thorugh the Chicago Department of Transportation, addresses project-oriented planting and has federal government funding.

Jeanne Felknor spoke briefly about Clean and Green coming up for Earth Day on April 17. Volunteers will work from 9 a.m. to noon, meeting at Commercial Park, 1845 W. Rice St.