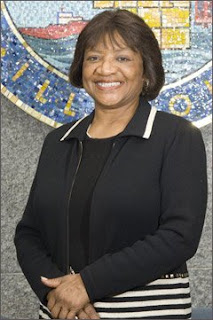 The county board came three votes short of overriding the veto. Partial rollbacks passed more narrowly and also were vetoed. East Village's representative to the board, Earlean Collins, voted "present" on the May 19 vote to to override the veto.

Collins voted for the tax last year to erase a $239 million deficit in the county's $3.2 billion budget. She told the Tribune the repeal vote was "totally unprofessional. ... Let's stop playing the games and get serious about what needs to be done."

Collins is scheduled to speak Monday to the East Village Association. She'll discuss county services and take questions. Plan to be present at 7 p.m. in the Happy Village bar, at Thomas and Wolcott.
Meetings Stephen Rynkiewicz