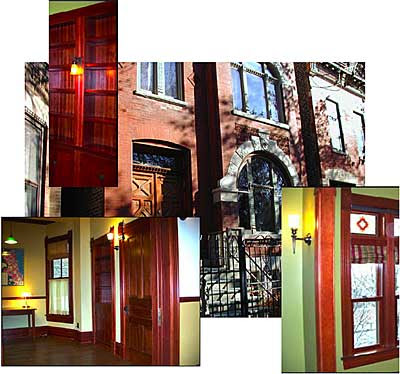 Many buildings in the two neighborhoods' landmark districts are eligible for 12 years of favorable tax assessments. Remodelers must spend at least 25% of the lowball figure the Cook County Assessor names as market value.

Ukrainian Village homeowner Dan Nehm told the East Village Association on April 6 how he got this tax break — which freezes assessments for eight of those years. As city assessments rise, taxes that get an assessment freeze edge lower.