Will taxes fall with home prices? 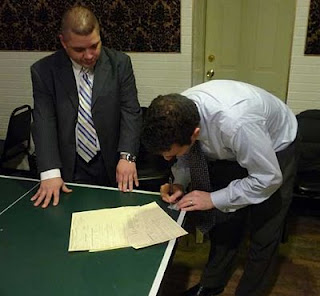 With Chicago property values slipping in advance of the March tax due date, will homeowners get a break?

"Unfortunately, your taxes will go up," said Frank Perez, deputy commissioner for the Cook County Board of Review. But Perez said recent lower sales prices should make it easier to appeal tax bills in 2009.

"We're in a unique year where the market has changed," Perez said. "We might be able to help you." Perez and other board staffers helped East Village Association members file tax appeals at Tuesday's monthly meeting at the Happy Village tavern.

Dana Marberry, community relations manager for the Cook County Assessor, confirmed the prospect of lower tax assessments when Chicago properties are reevaluated this year. "This is the first time we've seen a reduction of values," Marberry said.

However, the city and county still need to raise the same amount of cash from tax bills. Commercial property owners likely will pick up the slack for falling home prices, Marberry said.

Homeowners should pay attention to their assessed value, which Marberry said should be roughly 10% of the market price, and the exemptions extended to homeowners, longtime occupants, seniors, veterans and disabled persons. 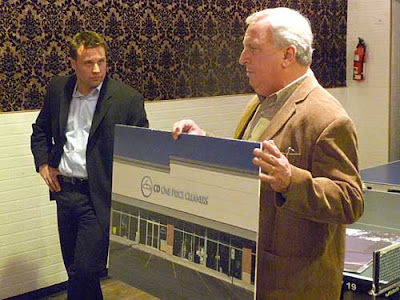 Among other issues on the packed EVA agenda:

• Members voted against a commercial zoning designation for 1916-24 W. Chicago to allow a drycleaning plant.

CD One Price Cleaners owner Mike Coreao claimed it kept solvents in closed tanks that did not require state exhaust monitoring. Coreao offered to draft covenants to limit the site's commercial use to drycleaning, but neighbors expressed concerns about emissions, traffic and cleanup requirements.

Attorney Thomas S. Moore claimed zoning law was meant to control cleaning plants 10 times as large, but "changing the zoning would be difficult." Scott Rappe, EVA zoning committee chair, said he appreciated that the building could be rehabbed to accommodate the storefront plant but could not make an informed judgment on the merits of its technology.

• In another vote, EVA did not oppose rehabber Jim Boatman in seeking four-flat zoning for a three-flat at 1744 W. Augusta with an unsanctioned fourth apartment. Boardman wants the change to help justify the cost of "green" renovations on the building's lower-level apartments, which would be more costly to rent when combined.

In siding with Boatman , members went against Rappe's recommendation. "The fact that there's a fourth, illegal unit is not uncommon but the approach is wrong," Rappe said. A green-building tradeoff would make more sense, he suggested, if it were built into citywide zoning instead.

• The St. Stanislaw Kostka soup kitchen received a $300 EVA donation. The recession is bringing families to the soup kitchen as well as homeless singles. Volunteers can visit the kitchen at 1351 W. Evergreen during its weekday hours, 9 a.m. to 1:30 p.m.