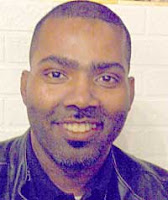 "Make a plan. Know where to meet in an evacuation should something occur," said Lionell Martin of the Office of Emergency Management and Communications, which runs the city's 911 phone center.

Families should prepare a communication plan with places to meet up in case of a neighborhood or citywide emergency, Martin said, and a "go bag" to take with you. Include medicines, emergency supplies and contact numbers.

Update the emergency kit every six months, he said, so a power outage won't leave you holding dead batteries. A list of items to keep on hand is at the department's website, alertchicago.org.

A stealth feature of the site: Click on a Notify Chicago button under the FEMA "orange alert" graphic to sign up for city phone messages, text alerts or e-mails — on anything from from weather emergencies to traffic alerts.

The city plans how to react to a range of scenarios, Martin said, from locations to escape extreme heat and cold to evacuation routes in case of attack. In the city's planning, he said, Barack Obama poses a potential terrorist threat: The native son might raise the city's profile and make it a target for his enemies.

If that speculation seems far-fetched, consider that the city for the first time activated alarms during storms this past August. "You would think tornadoes would not be a problem in the city but in the last two years they've been getting closer and closer," he said.

The emergency office also answers phone calls to 311 for routine city services. The 911 center not only dispatches police and fire crews but also will follow up with local utilities in power outages.

Katie Chiczewski of the Chicago Police joined the discussion with safety tips and advice on how to describe a suspect. Her observations focused on keeping your eyes open: Look up, know if someone is nearby, and note tattoos or other unusual features.

Though the police website has detailed recommendations, she gave intuition its due: "Go with your gut feeling," Chiczewski said — "99% of the time you're right."
Meetings Planning Police Stephen Rynkiewicz