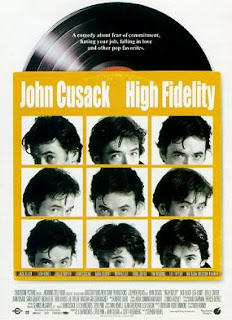 Join Barista and the East Village Association at 4 p.m. Oct. 26 for free popcorn and Cusack's performance as Wicker Park hipster Rob Gordon. The movie is EVA's choice for Cusack's "top five breakups of all time" and the on-location scenes from fictional Championship Vinyl at Milwaukee and Honore.

Here's how the film is described in the Internet Movie Database: "High Fidelity" follows the 'mid-life' crisis of Rob, a thirty-something record-store owner who must face the undeniable facts - he's growing up. In a hilarious homage to the music scene, Rob and the wacky, offbeat clerks that inhabit his store expound on the intricacies of life and song all the while trying to succeed in their adult relationships. Are they listening to pop music because they are miserable? Or are they miserable because they listen to pop music? This romantic comedy provides a whimsical glimpse into the male view of the affairs of the heart."

Join your neighbors to take in a film Barista-style, as owner April Lopez describes it, with "comfort, mental stimulation, and tantalizing treats." Upcoming Barista promotion: Bring proof of your vote on Nov. 4 for a free coffee.
Meetings